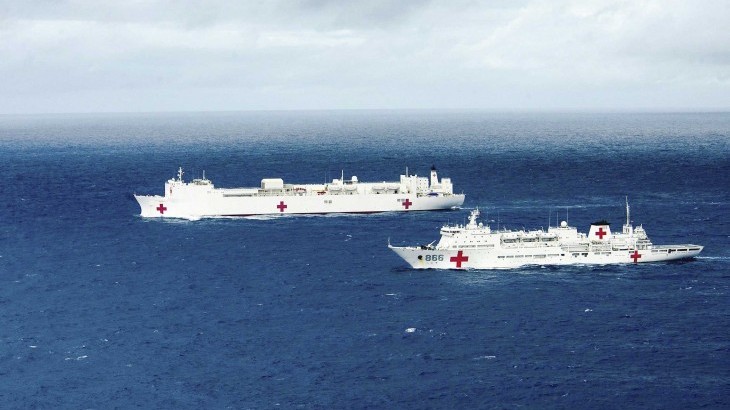 A regional workshop on the law of armed conflict (LoAC) at sea, gathering 28 senior naval officers from Asia Pacific region, was inaugurated at the National Defence University of Malaysia (NDUM) on 16 May. Jointly hosted by the Royal Malaysian Navy (RMN), NDUM and the ICRC, the five-day workshop will discuss a range of operational issues related to naval warfare and current issues about humanitarian action at sea.

In its fourth edition, this regional gathering proves to be an excellent platform for senior naval officers to network, exchange ideas and experiences. International prominent academics and military specialists are brought in to be the facilitators of the workshop. Previous versions of the workshop were held in Singapore, Bangkok and Indonesia.

Isabelle Barras, head of the ICRC's regional delegation in Kuala Lumpur, highlighted the significance of this workshop, which is the very first of many regional events that are to be hosted at the newly established Regional Centre for Military and International Humanitarian Law (COMIHL) in NDUM.

"Right now, somewhere in the world, the ICRC representatives are engaging with operational commanders at the tactical level," she said. "I hope that the participants will learn more about how the ICRC fits into their operational space, while at the same time, making the most out of this opportunity to engage with colleagues from other naval forces."

Deputy Chief of Navy, Vice Admiral Dato' Anuwi Bin Hassan, highlighted important points in the keynote address. In particular, he mentioned how the sea is an important factor in the geopolitics of the Asia Pacific, which connects maritime boundaries and influences the sustainability of the region. This makes maritime security increasingly critical and highly important to all regional and international persons concerned. Malaysia acknowledges that good order at sea must prevail to ensure safe passage of seaborne trade passing through the Straits of Malacca and the South China Sea. Safeguarding the global common goals for collective well-being is the responsibility of all parties.

"The conduction of this workshop is timely," he said, adding, "It is necessary to equip the navies in the region with awareness and knowledge on humanitarian law as well as the law of armed conflict at sea."

Also present at the opening ceremony was NDUM Deputy Vice Chancellor, Professor Emeritus Dato' Dr Tengku Mohd Bin Tengku Sembok, who was delighted to see the joint collaboration between NDUM, RMN and ICRC. He expressed his desire for COMIHL to become a centre of excellence on military and international humanitarian law in the region.

Worldwide, the ICRC works with government ministries and agencies, armed forces, police, prison authorities, universities and other sectors of the civil society to develop awareness of LoAC, also known as international humanitarian law. It also offers its expertise to help governments meet their responsibilities by passing related legislation and to assist in the training of their armed forces.