Manila (ICRC) – It has been almost two months since armed conflict ended in Marawi City but thousands of displaced people remain unable to return home and are in need of help and attention.

A majority of the displaced people staying in municipalities east of Lake Lanao come from the worst affected parts of Marawi City that have not opened for return yet. They are still dependent on relatives, the authorities and aid organizations.

Coming to their aid, the Red Cross recently distributed food and hygiene supplies to thousands of people still displaced in Lanao del Sur. Among the recipients of this assistance is Aisah Toroganan, a mother of five, who is currently seeking refuge in the eastern part of the lake. 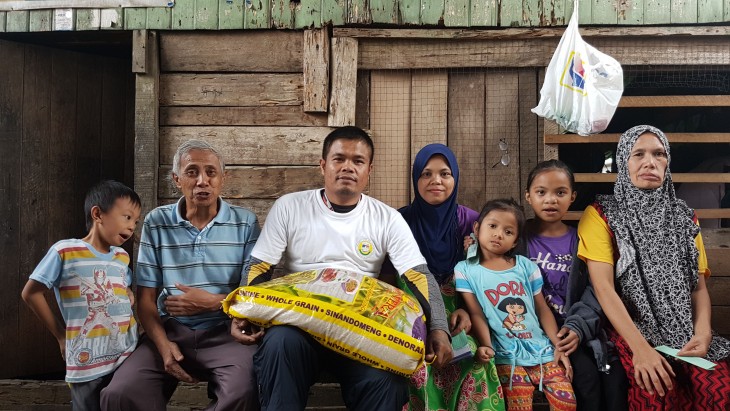 Aisah Toroganan's family left their home and everything they had behind once they felt it was too dangerous for them to stay in Marawi. CC BY-NC-ND / ICRC / Michael Cornelia

Aisah and her family have been living with her aunt in Molundo, Lanao del Sur, since the fighting broke out in May. They left their home and everything they had behind once they felt it was too dangerous for them to stay in Marawi. "Where we live now, we are 34 people occupying three small houses in the compound. The place is cramped and we can barely find a place to sleep," she said.

"We try to find ways to earn extra cash to support ourselves. I, for example, use my skills as a seamstress by offering sewing services to neighbors, but that is not enough to help us make ends meet. Most of us still rely on the assistance—especially food rations—that the government and other agencies give us," Aisah added.

Aisah is looking forward to return to their house in Marawi once they will be allowed to do so. She hopes to receive seed capital to restart her business as well as cash to repair any damages of their house.

From December 13 to 15, the International Committee of the Red Cross (ICRC), in collaboration with the Philippine Red Cross, distributed half-month food rations and hygiene supplies among over 16,500 displaced people in five municipalities of Lanao del Sur. Each family received 25 kg of rice, one litre of soy sauce, one litre of oil, 12 tins of sardines, 1 kg of sugar, ½ kg of salt, two 20-litre jerry cans and hygiene items. 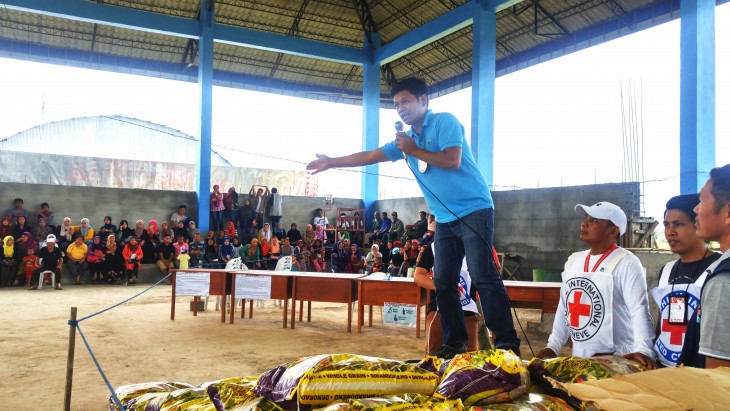 "We are in contact with the authorities, armed forces and non-State armed groups at the local level so they understand who we are and allow us to deliver our humanitarian response," ICRC delegate Meher Khatcherian said.

"To optimize available resources, we coordinate the distribution work with the main government agencies and other organizations. While they support the displaced people in the west of Lake Lanao, we focus on the eastern part," he added.

Having continuously helped those affected by the fighting in this area, the ICRC enjoys a level of acceptance that allows it to deliver aid in hard-to-reach areas where other organizations have limited access.