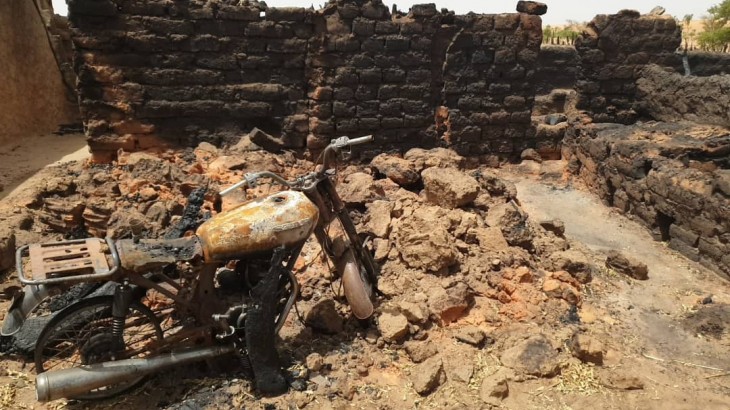 Food and essential household items have been delivered by the International Committee of the Red Cross (ICRC) to the survivors of an attack on the village of Sobané Da in Central Mali.

Since the beginning of the year, four major attacks have taken place against villages in Central Mali, a worrying trend underscoring the deteriorating security situation and growing communal tensions.

“The climate is one of tension and fear. We’re witnessing continuous displacements of people afraid of further attacks and retaliation,” said Jean-Nicolas Marti, the ICRC’s head of delegation in Mali. “This fear is leading to an overwhelming amount of need for families on the run. Medical care and food are hard to find when you flee.”

Marti added: “We want to see the civilian population safeguarded, and access granted for humanitarian organizations.”

At the ICRC-supported hospital in Mopti, 43 people are currently receiving health care for physical wounds and psychological needs. It is the invisible wounds, due to the conflict in Mali, buried deep in people’s hearts and memories that are likely to leave more lasting scars.

“Psychosocial trauma is like a wound that requires emergency surgery. At first sight, we think that these victims need help for food, shelter, sanitation, and we forget about their psychological needs, because psychological wounds are invisible. But psychological assistance for victims of such traumatic events is as urgent as any other type of aid,” said Insaf Mustapha Charaf, an ICRC psychologist who specializes in providing post-crisis psychosocial support.

Marc Dara, one of the victims of the attack on Sobané Da, is now in Koundou 12 km away, with the rest of the survivors of the attack. “I was inside my house when the village was attacked. They burnt my house, stole my cattle, and killed one of my elder brothers. The idea of going back to Sobané Da gives shivers to many of us. A lot of people cry at night and have nightmares.”

“People are overwhelmed by images of their dead relatives. They constantly dream about them and the terrible way in which they died. Almost all of them express fear of being attacked again, especially at dusk, which was the time of the attack. Many have lost the meaning of life and do not know what awaits them in the future. None of them want to go back," said Siméon Sagara, an ICRC psychologist who provides mental health support to 20 survivors.

How the ICRC is helping

- Medical care and psychological assistance to 43 hospitalised victims at the ICRC-supported hospital in Mopti.

- Psychological assistance to survivors of Sobané Da and neigbouring villages through group sessions and individual follow-up in Koundou.