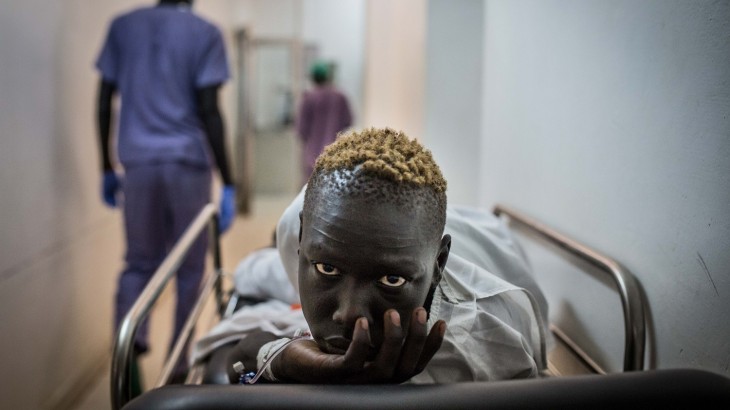 Juba (ICRC) – Twenty-nine people suffering gunshot wounds from intercommunal clashes in Western Lakes State have been evacuated by the International Committee of the Red Cross (ICRC) by air to Juba for further medical care.

Sixty-seven people have been killed and nearly 100 wounded in the fighting between two sub-clans approximately 100 km north of Rumbek, according to local media reports.

"Intercommunal violence continues to have devastating consequences in South Sudan," said James Reynolds, the ICRC head of delegation in South Sudan. "The only medical facility in the area is a primary health care unit, which is not equipped to handle high numbers of trauma injuries such as gunshot wounds. Our only option was to evacuate patients by plane to Juba Military Hospital, where our surgical teams are taking care of them."

The influx of patients has forced the ICRC to expand the number of beds from 58 to 78 in the ward so that patients can receive post-operative care.

"We often see an increase in the number of casualties treated in the facilities we support during the dry season, but we are concerned about this sudden spike in violence," added Reynolds. "People's lives and dignity must be respected always, regardless of the reasons behind the fighting."

Since the beginning of the year, the ICRC has evacuated 327 patients by air to the two surgical facilities it supports in the country. Most of them were linked to intercommunal violence and cattle raids and included women and children.

While fighting linked to the conflict has decreased, violence in South Sudan continues to affect entire communities. Hundreds of homes have been looted over the past days, depriving families of their meagre resources and forcing them to flee for fear of further violence. This comes as South Sudan marks six years of war on 15 December 2019.