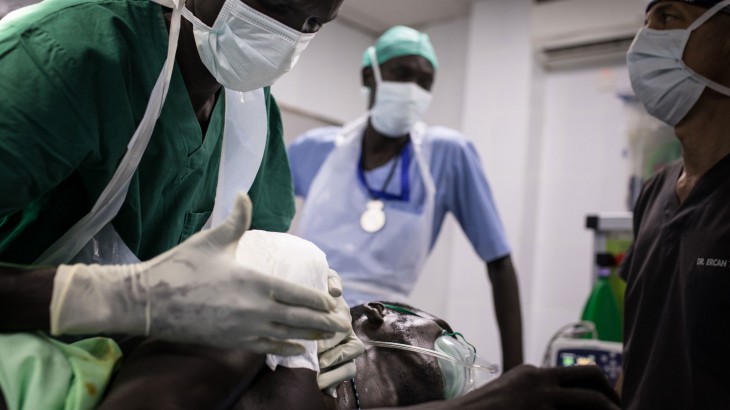 Juba (ICRC) - The number of patients admitted to International Committee of the Red Cross (ICRC)-supported surgical units in South Sudan with injuries from violence remains high ten months after the signing of a peace agreement.

There has been only a small drop-off in the number of injuries from gunshot and other weapons at two ICRC-supported facilities (comparing the same six-month period year-on-year) since the signing of the latest peace deal in September 2018. Ninety-seven percent of admitted patients over a recent six-month period suffered gunshot wounds, an indication of the high prevalence and easy access to fire arms.

"We have seen a drop in fighting between parties to the conflict, a very hopeful sign. However, intercommunal violence – mostly linked to cattle raids and revenge killing – continues to threaten lives at an alarming level," said James Reynolds, the ICRC head of delegation in South Sudan.

Women and children remain particularly vulnerable; about 10 per cent of patients seen from 1 October 2018 to 31 March 2019 were children under the age of 15, while just over 10 per cent were women. 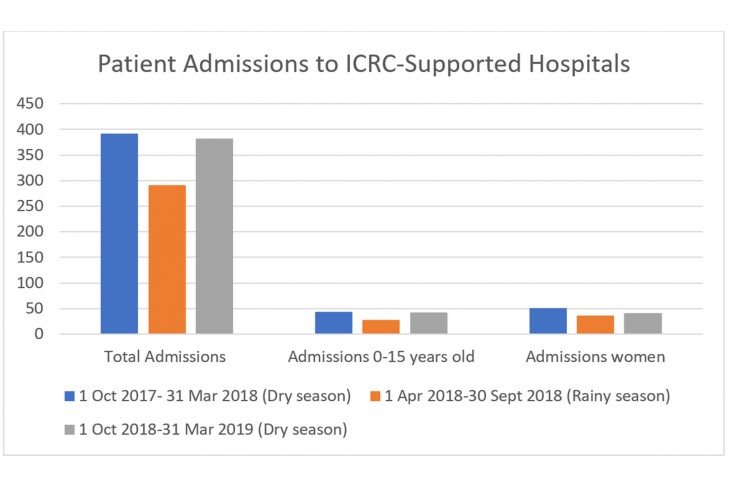 South Sudan marks eight years of independence on Tuesday. In recent months, many residents have returned home from abroad or other parts of the country. At the same time, intercommunal violence has forced thousands of South Sudanese to flee their homes. More than 50,000 families have received seeds and tools from the ICRC since the beginning of the year, but those who left home for reasons of safety will not be able to harvest their crops. Millions of South Sudanese are already facing severe food insecurity.

"Stability will be key for South Sudanese to recover from years of conflict. Any form of violence again prevents them from a normal, peaceful life," Reynolds said. "We will continue to deliver emergency assistance to communities affected by violence, but we hope to put more of our efforts into helping people recover and prosper, not just survive."

Download the latest photographs and video footage on South Sudan from the ICRC Newsroom.