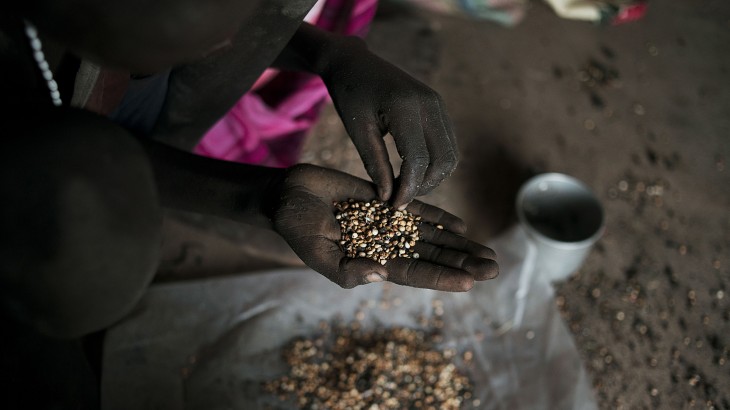 Leer, South Sudan. Communities most hardly hit by war in South Sudan have lost their coping mechanisms to a point where relying on humanitarian aid is key for their survival. For those who are able to return to their homes, regaining their ability to grow their own food is of vital importance. Through vaccination campaigns that seek to protect livestock herds and massive seeds distribution for a new harvest, ICRC seeks to rebuild what communities have lost over the years: their ability to take control of their livelihood, for a life in dignity. © Jacob Zocherman / ICRC

Juba (ICRC) – The International Committee of the Red Cross has distributed more than 370 tonnes of seed right across South Sudan, with nearly 32,000 South Sudanese families receiving seed in areas most affected by drought or violence.

Families also received food during the seed distribution operation, so they could spend time planting knowing that they had a ready supply of food.

"Given the dry weather El Nino brought last year, compounded with the consequences of two years of conflict, the most recent harvest was very small. That means there was little food left at the end of the season, sometimes forcing families to eat the seed that they would have planted the next season," explained Christa Utiger, who oversees the ICRC's economic security projects in the country.

"Distributing seed in time for the planting season boosts the chances of a good harvest and we hope that this will enable tens of thousands of families to feed themselves once again," she added.

The ICRC will continue to support people who have suffered two years of conflict, by delivering emergency aid and helping communities become more resilient.