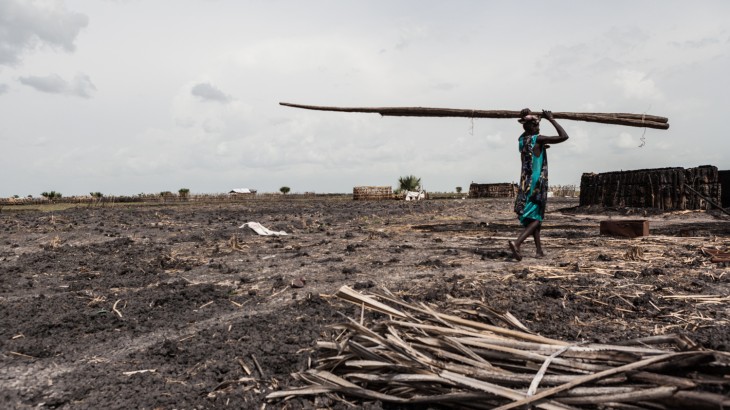 Juba/Geneva (ICRC) - Residents slowly returning to the South Sudanese town of Leer, in the aftermath of fighting in and around the town last week, say they have little or no food and need advanced medical care.

The International Committee of the Red Cross (ICRC), which had to put its regular activities on hold a week ago, is the first humanitarian organization to return to Leer, which some 100,000 people have been forced to flee.

Livelihoods have been destroyed and several houses burnt to the ground in Leer. Four vehicles and all the furniture in the ICRC compound were looted. The ICRC is now working to re-start its operations in the town.

"The situation here in Leer is extremely serious. People are only just beginning to come back," said Daniel Littlejohn-Carrillo, the ICRC official in charge. "We know of several casualties of violence in the villages around here. The needs – in terms of water, food, other forms of health care and shelter – are dire, and we expect them to grow substantially fairly quickly."

'Mary' – her name in the Nuer language is Nyajiok Ruai – had fled Leer with her 10 children: they ranged in age from 7 months to 12 years. The family had slept in the open; they drank bad water, had little food and were unprotected against malarial mosquitoes. When she returned to Leer she discovered that her home, made of mud and straw, and all its contents – including some ICRC food – had been burnt down. 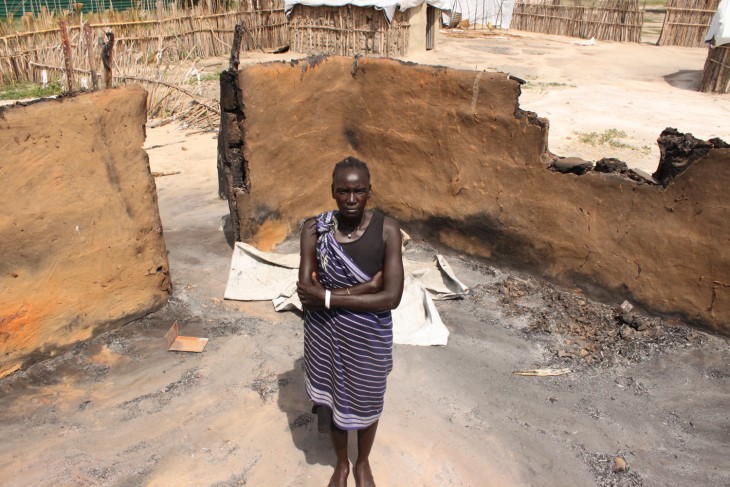 Leer, South Sudan, 23 May 2015. Mary, a resident of Leer, South Sudan, stands in front of her mud and straw home, shortly after it was burned down during a military invasion of the town that sent residents fleeing into the bush. CC BY-NC-ND / ICRC / P. Krzysiek

John Jal Riak, 23, slept in the "tall grass," in a place eight hours by foot from Leer. He said that mosquitoes were the biggest problem and that people searched for water lilies and cocounts to eat. At night, he covered himself with leaves. He is back in Leer now. "Yes, now we are safe. The problem – we want to eat some food. The community is really suffering," he said.

The ICRC plans to fly food and other supplies to Leer on Tuesday, which will benefit roughly 6,000 people.