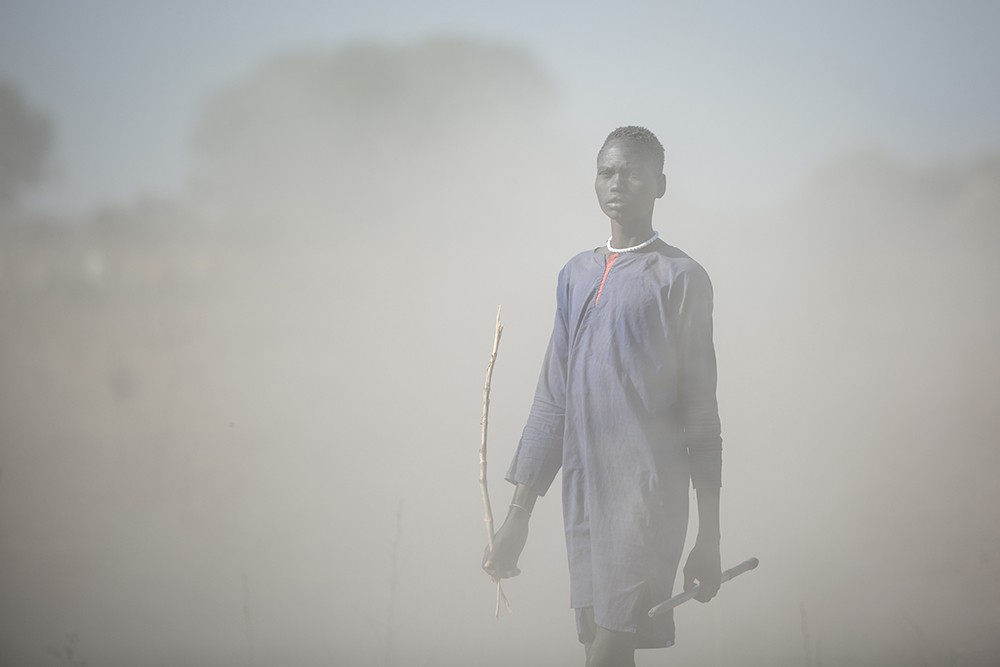 South Sudan: “If there’s peace tomorrow, then I will forgive”

In December 2013, barely two years after its independence, South Sudan sank into a bloody conflict. Hundreds of thousands of dead and injured later, a national unity government was formed on 22 February 2020—a major milestone in the country’s peace process.
Article 27 February 2020 South Sudan

However, while hostilities have ceased between parties to the conflict, violence between communities continues with deadly consequences.

Cattle are often at the centre of these clashes. With South Sudan's economy in tatters, cows are the most valuable and stable asset families can own. As guns became easier to acquire in the war, competition over resources leads to violent cattle raids, which then ricochet between communities, as people carry out revenge raids.

Fighting often takes place far from South Sudan's few cities, in areas with little opportunities for young people. In South Sudan the median age is 19; in France, it's 42.
In rural areas, people often dedicate their lives to their cattle. The herds are often guarded 24-7 by armed keepers.

In rural areas, people often dedicate their lives to their cattle. The herds are often guarded 24-7 by armed keepers.

These clashes have become a major threat to peace, causing displacement and killing thousands of people every year.

In 2019, the ICRC admitted 769 patients with gunshot injuries to its surgical units. Between November 2019 and February 2020 alone, clashes between different communities close to Rumbek in central South Sudan killed more than 250 people. When the fighting ceased, the ICRC was able to evacuate 54 wounded people to Juba.

"One man from our village was killed on the road. When we received this information, we attacked their community and I was shot during the clash. A bullet passed through my abdomen. The aircraft from the Red Cross landed and I was taken to Juba. I thought maybe I would die in the aircraft. But once in the hospital, I knew I was safe," Matchot says.

"We would like to be disarmed, but if the other communities don't, it is impossible," says Matiam.

"Our cattle are all we have. If someone tries to steal one of my cows, I will fight. This is why I always move around with my weapon," says Matoch.

Like many rural places in South Sudan, these communities are very isolated. Because of access constraints and frequent clashes in the area, the ICRC, in partnership with the South Sudan Red Cross, conducts first aid trainings to teach people how to dress a wound or carry someone who is injured. Fighting often happens far from the nearest airstrip and it can take days before the patients reach a medical facility. Without adequate care, wounds can get infected and have tragic consequences.

"Since ICRC started to vaccinate the cattle two years ago, our cows are in much better health. If it continues this way, it will be very good for us. Before, there was nothing we could do if a cow gets sick. We can't buy medicine here unless we go to Rumbek," says Matiam.

Under a large tree, dozens of young men are gathered. An ICRC staff shows them drawings.

"A house burning," one says.

"Is it normal?" he replies.

"No, no one shall burn houses," utters another.

The ICRC meets with these communities to discuss basic principles of humanity. Many of these principles are in line with customary rules that already existed within the communities. This approach also ensures that the ICRC understands the concerns of the population and meets their most urgent needs.

The future of these communities represents a key challenge for South Sudan. Poor infrastructure, an absence of education and work opportunities, a health system on its knees, and easy access to firearms create fertile ground for localized violence that could spread and destabilize large areas.

Despite the challenges, there's also room for hope and peace.

"Last year, my only son was killed," says Akuel. "He was attacked on the road, but he was not involved in the clashes. Some people may say we have to avenge him, but it would bring no good. If there's peace tomorrow, then I will forgive. Even if I've lost my only son, I'm ready to make peace."