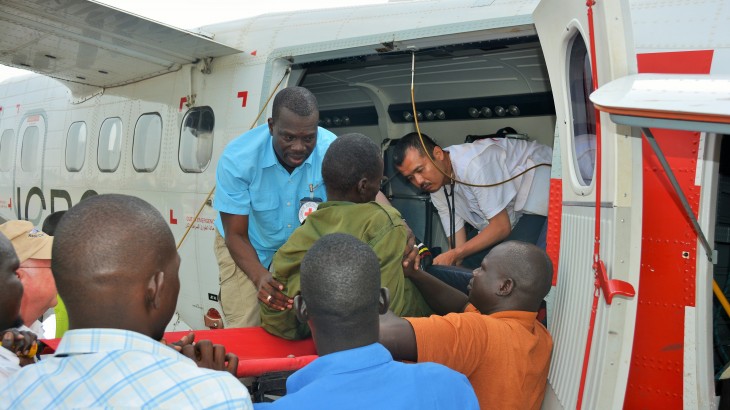 Geneva, Juba (ICRC) - Renewed clashes in and around Wau, in the northwest of South Sudan, have forced thousands of civilians to flee in fear. The International Committee of the Red Cross (ICRC) is seriously concerned by the immediate humanitarian consequences on the civilian population.

"How many times will South Sudanese civilians be forced to flee battle zones, knowing that if they don't their lives will be in danger?" said Gregor Mueller, the ICRC's deputy head of delegation for South Sudan.

"We again ask those involved in the fighting to not target civilians and medical facilities. Aid workers must be allowed to work," he added. "People trying to escape hostilities must be allowed to travel unimpeded. These are obligations under international humanitarian law."

The latest upheaval in Greater Bahr El Ghaza will greatly harm people's ability to feed and shelter their families after two-and-a-half years of fighting across the country, a long term conflict that has triggered severe food needs in many parts of South Sudan.

Last week ICRC teams were able to evacuate 17 wounded people from Raja. Security permitting, ICRC teams will again do their best to respond to medical needs as they arise.