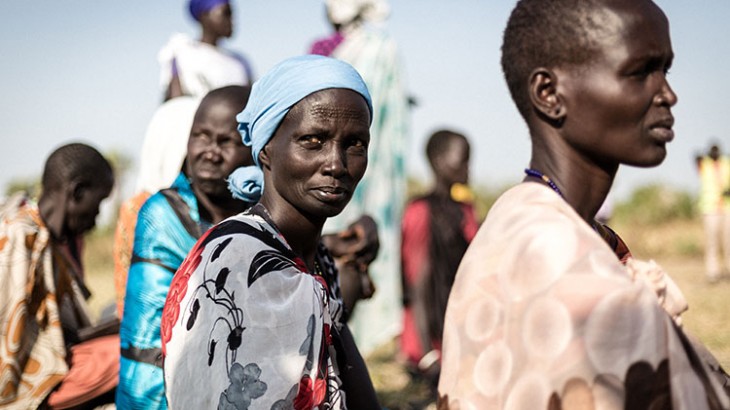 Juba (ICRC) - The president of the ICRC arrived in South Sudan today to view the devastating effects that the country's continued violence is having on the millions of residents on the brink of extreme hunger.

The numbers associated with South Sudan's violence reveal the level of brutality being carried out against civilians. Of the country's population of 12 million, one in three residents has been displaced, while one in two is severely hungry and in need of food assistance.

"The number of hungry and displaced South Sudanese is overwhelming," said ICRC President Peter Maurer. "The staggering scale of suffering is evidence of the cumulative effect of 3.5 years of a style of fighting that appears calibrated to maximize misery. Warfare should not directly impact the lives of so many civilians."

Severe physical and sexual attacks against civilians, obstruction of healthcare delivery and other abuses continue to be reported across South Sudan. Medical needs are rising because of increased fighting. The number of wounded treated in ICRC-supported hospitals is significantly higher this year than for the same period last year. The ICRC has carried out more than 500 medical evacuations this year, more than in all of 2016.

The long conflict is tearing apart an uncountable number of families. Nearly 2 million people have fled across South Sudan's borders, and 2 million more are internally displaced. The number of family members separated by conflict and reunited by the ICRC has already more than doubled this year compared with 2016, to nearly four dozen, including many children.

While in South Sudan President Maurer will meet with high-level government officials and visit ICRC food, medical/surgical and water assistance operations in the field. The president will then travel to the Imvepi and Rhino refugee camps in Uganda to meet with some of the South Sudanese refugees there and hear about the challenges they face. On Monday Aug. 21 President Maurer is scheduled to meet with President Yoweri Museveni of Uganda.

1) On Monday Aug. 21 at 9 a.m., President Maurer will hold a news conference at the ICRC office in Kampala, located at Plot 8, John Babiiha Avenue, Lower Kololo.
2) At 10 a.m. on Aug. 21 a Skype news conference will be held for interested correspondents outside Uganda.
Join online: https://conf.icrc.org/meet/jstraziuso/732TF92Cor by phone: +41227302579; Conference ID 768261.
3) Video b-roll and still photos of a recent food distribution in South Sudan will be available at www.icrcnewsroom.org on Thursday, Aug. 17. Additional b-roll and photos of President Maurer in the field will be uploaded on Monday Aug. 21.