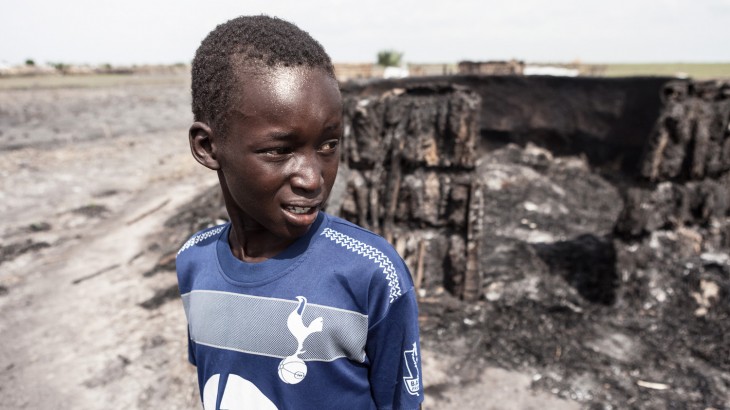 Juba/Geneva (ICRC) - The International Committee of the Red Cross (ICRC) has warned that urgent action needs to be taken to save hundreds of thousands of people in South Sudan from starvation. It is estimated that more than a hundred thousand people have been forced to leave their homes during the past four weeks because of an upsurge in violence. 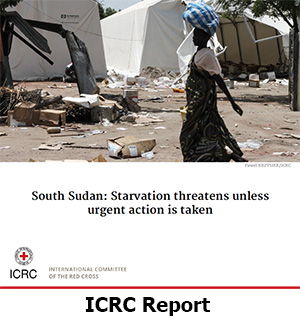 This comes on top of around two million people who have already been forced to flee their homes during the past eighteen months since the crisis began. Many have crossed into neighbouring Ethiopia, Uganda, Sudan and Kenya.

"We have received several reports of direct attacks on civilians. Our medical teams are performing life-saving surgery around the clock to cope with the influx of wounded. The humanitarian situation is deteriorating. Many people have been killed and wounded. Some people have been displaced for the second or third time," said the head of the ICRC operations for Eastern Africa, Eric Marclay.

"There is an urgent need for civilians to be respected, unconditionally. Warring parties, the international community and aid agencies must take immediate, sustained and wide-ranging action. And there is a desperate need for food and drinking water and access to health care. If the situation does not improve, the lives of hundreds of thousands of people are threatened," he added.

The situation is particularly severe in Koch, Mayendit, Rubkona and Leer counties in Unity State; Malakal, Melut, Akoka and Longuchok counties in Upper Nile State; and in central and northeastern parts of Jonglei State. Economic activity is minimal, food prices are rising and basic services, limited.

The ICRC has been providing substantial support to local communities. This has included the provision of food rations, seed and tools to farmers; livestock vaccination campaigns; as well as medical and surgical care to communities affected by the recent fighting.

But substantial more effort is needed. Given the situation, the ICRC is appealing to donors for an additional 22 million Swiss francs (23 million USD) for a total budget of 153 million Swiss francs (162 million USD). The ICRC aims to distribute food to up to 340,000 people (initial plans were for 150,000), and to increase seed distributions and cattle vaccinations. South Sudan is the second largest ICRC operation in the world, after Syria. 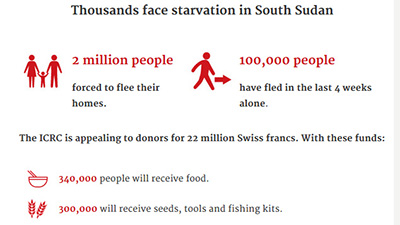 All photos (except where indicated): CC BY-NC-ND/ICRC/Pawel Krzysiek and Jason Straziuso

Citizens began returning to Leer on 23 May 2015, after fleeing an impending military attack.

A resident of Leer, South Sudan, stands in front of her mud and straw home shortly after it was burned down.

Three women sort through sorghum donated by ICRC on the Leer, South Sudan air strip on May 26, 2015. ©ICRC/Jacob Zocherman

A wounded person is about to be loaded onto an ICRC plane for transport to a regional hospital on May 26, 2015.

Women of the Leer, South Sudan area sit on the town’s dirt airstrip during a food and aid distribution held by the ICRC.

Residents of Leer, South Sudan gather around an ICRC plane that carried sorghum to the remote town on May 26, 2015.