South Sudan: Thousands at-risk of hunger and disease in aftermath of clashes, floods in Equatoria States 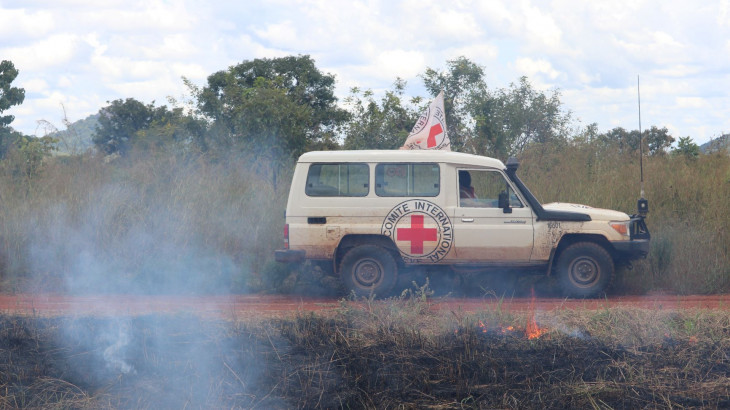 During clashes in May 2020, armed men burnt and destroyed houses in several village in Central Equatoria. The ICRC have been assisting communities that fled into the bush for safety.

Juba (ICRC) – Months of conflict followed by torrential rains have created a deepening humanitarian crisis in which communities now face a heightened risk of hunger, malnutrition and disease in South Sudan's Central, Western and Eastern Equatoria states. Thousands of people who fled their homes to escape clashes lost whatever food, crops and livestock they had. Floodwaters have left many of the displaced with even less to eat especially in Central Equatoria.

"We believe there are many people who are living in the bush who need urgent assistance," said Amro Ibrahim, ICRC's head of sub-delegation in the Equatorias. "We call on all parties to the conflict to respect their obligations under international humanitarian law to prevent human suffering and ensure the protection of civilians and their property."

Fighting between the National Salvation Front (NAS) – a non-signatory to the peace agreement – and the South Sudan People's Defence Forces, as well as between NAS and the Sudan People's Liberation Movement-in-Opposition, has flared sporadically throughout 2020.

Flooding destroys communities, and makes it harder to deliver aid.

This was Central Equatoria, in South Sudan last week.

Families urgently need help. We provided over 13,000 people with food, but they still risk malaria, malnutrition, and waterborne diseases. pic.twitter.com/uI1SYudQdO

"In May 2020, armed men came from everywhere, burning houses, raping women, beating and killing people. We had to run away to hide in the bush," said Michael , a resident of a village that is now deserted in Central Equatoria State. "We lost everything. We lost our brothers and sisters, our loved ones. We are eating wild fruits, roots as we can't cultivate our fields anymore. Because of the heavy rains, the little food we were able to save is now rotting."

The ICRC and the South Sudan Red Cross have reached more than 120,000 people affected by the conflict in Central, Western and Eastern Equatoria states so far this year with assistance such as emergency food and relief items as well as seeds, farming tools, and fishing kits.