Doubling the emergency response to the Syria crisis 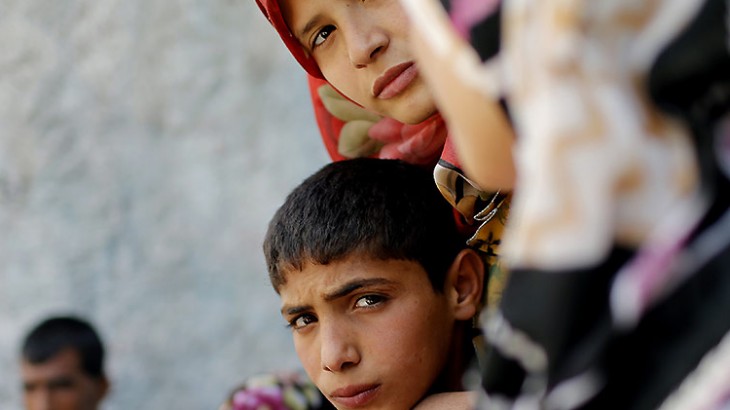 With at least another five years of intense humanitarian activity ahead, the Red Cross and Red Crescent Movement needs long-term support to increase its activities

Statement of the President of the ICRC, Peter Maurer, to the 3rd Syria Pledging Conference on Kuwait on 31 March 2015

As the Syria crisis enters its fifth year it is hard to be hopeful.

The statistics of suffering are huge and well-known – over 200,000 dead, a million injured and nearly four million Syrians fled abroad, placing a huge financial and social strain on neighbouring countries.

The rules that protect those taking no part in the fighting have been routinely ignored. Hospitals have been attacked, civilians targeted and the vulnerable entitled to the most explicit legal protection have often been the greatest victims.

It is a regional crisis of unprecedented scale.

What were short-term disruptions in a middle-income country 5 years ago have turned into long-term failures to provide basic services to impoverished people in what is a long-term, protracted conflict today.

But there are sometimes moments of hope amid this dispiriting situation.

Our office in Damascus recently received an email from the only children's hospital still functioning in eastern Aleppo. It had pictures of incubators holding newborns being kept warm in the first hours of their lives.

The incubators were working because the ICRC, together with the volunteers from the Syrian Arab Red Crescent, had brought an electricity generator across the frontlines.

It was a small success, built on our ability as neutral humanitarians to negotiate safe passage in some places.

Last year the ICRC and the SARC doubled the number of frontline crossings we were able to make.

But how can we sustain these small successes, given the rising needs and the continued obstacles to reaching many who require help?

I am worried that the resources and patience of Syrians, host communities and the region's governments are stretched to the limit.

We know this conflict will persist and Syria's refugees will not go home soon.

There will be at least five more years of intense humanitarian activity even if - in the best of cases - progress on a negotiated political settlement were immediate and substantive today.

With your help the Red Cross and Red Crescent Movement is ready to double its already high levels of response to the crisis in Syria and the region.

A year ago I spoke here to highlight that the lack of access was even more critical than the lack of money. Today, despite a hugely challenging environment, we made some progress on access, gaining the confidence of all sides and being able to operate more extensively throughout the country and the region. With your help, the Red Cross and Red Crescent Movement - the National Societies, the International Federation and the International Committee of the Red Cross - is ready to double its already high levels of response to the crisis in Syria and the region.

Your Highness, this conflict has been brutal and unrelenting.

We need a change of direction.

We need greater respect for international humanitarian law, which distinguishes between combatants and those not fighting.

We need more room for a neutral, impartial and independent humanitarian action.

We need protection for the vulnerable and for medical services. Humanitarian workers must be able to carry out their work in safety.

I ask all those with influence on the parties to the conflict to ensure respect for these vital rules.

On behalf of the Red Cross and Red Crescent Movement I thank you for your support.