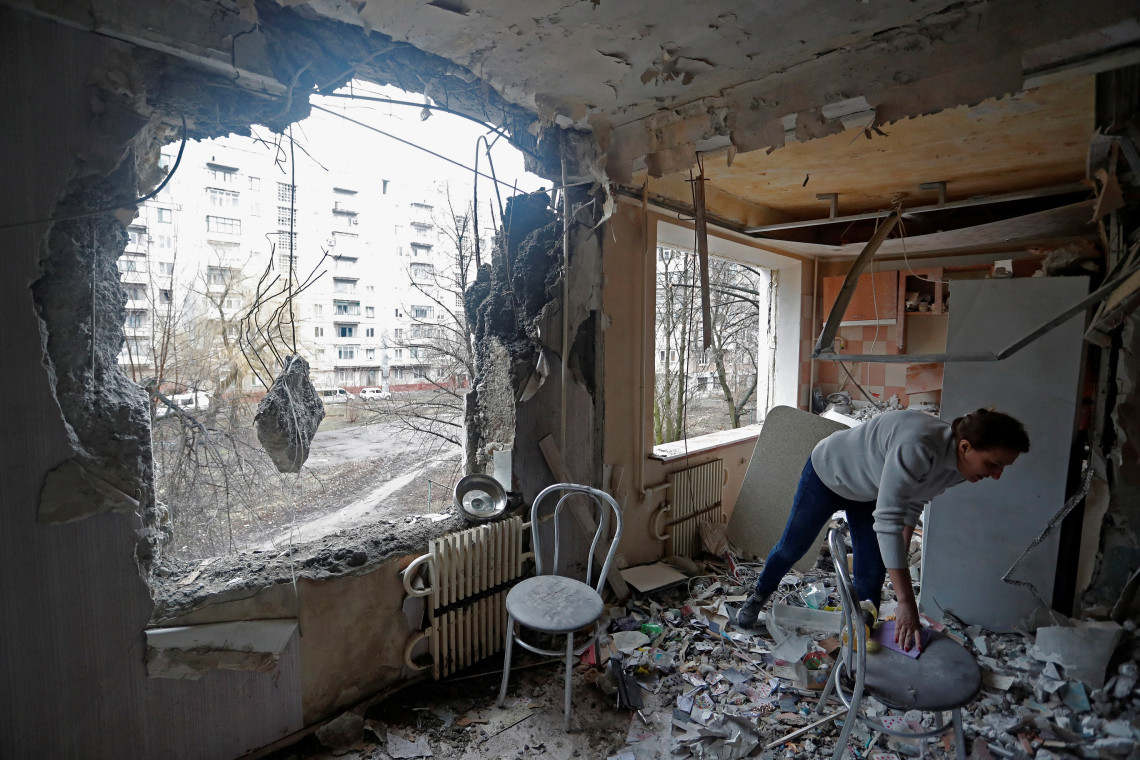 A statement from ICRC President Peter Maurer Geneva (ICRC) – We are seeing a devastating humanitarian crisis unfold in Ukraine. Today, the ICRC is urgently reminding the parties to the conflict to fulfil their legal obligations to avoid further civilian suffering and loss of life.
News release 04 March 2022 Ukraine Russia

The Geneva Conventions and their First Additional Protocol are fully applicable in the international armed conflict taking place in Ukraine.

Parties to that conflict must therefore respect the set of rules they have committed to that protect people during conflict. That means sparing the civilian population from military operations. They should also immediately allow safe passage for people fleeing the fighting.

To alleviate suffering and protect the population, the ICRC is determined to fulfil in Ukraine the mandate the nations of the world gave us seven decades ago in the Geneva Conventions. That work must be facilitated right now - when fighting is causing massive humanitarian needs –not delayed until a potential future cease-fire. Parties have the obligation to facilitate that work even as conflict rages.

Our demand today could not be more urgent. ICRC teams are receiving a flood of calls from people desperate for safety.

They have no extra clothes, supplies or their needed medication. They need assistance now.

I'm heartened to see the enormous courage and dedication of the humanitarian volunteers of the Ukrainian Red Cross. The ICRC and wider International Red Cross and Red Crescent Movement are responding in Ukraine and surrounding countries. Our people are ready and determined to visit detainees, reconnect separated families, support healthcare facilities and increase the lifesaving assistance already being provided.

Nearly 75 years ago, the nations of the world agreed to basic tenets of humanity during armed conflict. Today, we issue a reminder of what those rules are:

International humanitarian law and the protection of civilians

The ICRC is concerned that fighting in urban settings entails particularly grave risks for civilians.

Attacks against civilians and civilian objects, indiscriminate attacks and disproportionate attacks are prohibited. Parties must take feasible precautions to avoid or minimize civilian harm. They must do everything in their power to avoid locating military objectives within or near densely populated areas and protect civilians against the effects of attacks. Civilians should be allowed to leave in search of safety should they wish to do so.

It is imperative that civilian infrastructure, such as hospitals, schools, water facilities and electricity, is actively protected and not attacked, whether by kinetic or cyber means. The use of illegal weapons and the illegal use of weapons is prohibited. The use of heavy explosive weapons in populated areas should be avoided, as it carries with it a high likelihood of indiscriminate effects.

To protect civilians, combatants must distinguish themselves from civilians in all military operations by wearing identifiable insignia and carrying arms openly. They must respect international humanitarian law.

The sick and wounded must be cared for, regardless of whose side they are on. Medical workers, medical vehicles and hospitals dedicated to humanitarian work cannot be attacked. Parties to the conflict must also facilitate the recovery, identification and dignified management of the deceased and facilitate the return of the remains of the deceased upon request of the side to which they belong; the ICRC can act as a neutral intermediary.

Protected persons, including prisoners of war and detainees

Each party to the conflict must take the necessary measures to account for protected persons in its power – the wounded, sick and dead military personnel, prisoners of war and protected civilians deprived of their liberty. It must collect, centralize and transmit the required information to the other side through the ICRC's Central Tracing Agency acting as a neutral intermediary.

Prisoners of war and detained civilians must be treated with dignity and are absolutely protected against ill-treatment and exposure to public curiosity including images circulating publicly on social media. The 1949 Geneva Conventions ensures the ICRC access to detainees – both prisoners of war and civilians.

All parties and all states must allow and facilitate the work of impartial humanitarian organisations, such as the Red Cross and Red Crescent. Our work is to save lives. Sanctions and other restrictive measures must be designed to allow humanitarian action to freely occur.