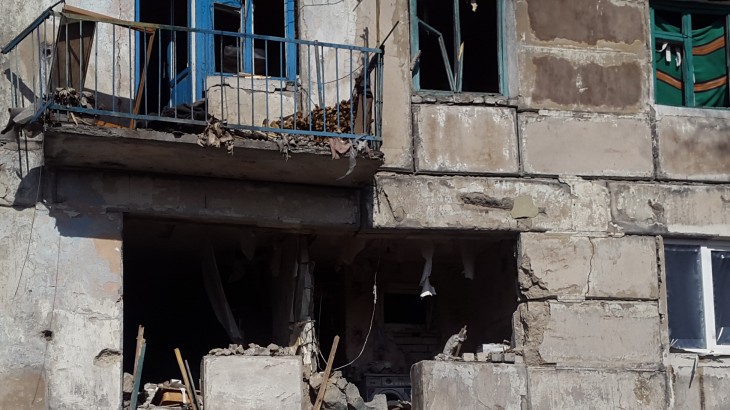 Geneva / Kiev / Moscow – The International Committee of the Red Cross is appealing for extra funds to tackle the severe humanitarian situation following a year of intense conflict in eastern Ukraine.

The fragile ceasefire, agreed in February, has enabled ICRC teams to more clearly assess the situation in front-line areas. The needs of displaced people, the wounded, the detained and those trying to rebuild their lives, are serious.

The ICRC is requesting donors to provide an extra 32 million Swiss francs ($34 million). The money would be spent on increasing assistance to those left homeless by the conflict, supporting essential health services and helping to identify the dead. It would also be used to warn of the dangers of unexploded ordnance and to help emergency services deal with it.

"Although fighting has eased there are still casualties nearly every day and living conditions are very poor for civilians in front-line areas and displaced people across the region," said the ICRC's head of operations for Europe and Central Asia, Laurent Corbaz. "We need to help people cope with the continuing stand-off and the aftermath of a year of terrible conflict."

The additional funds will take the 2015 budget for Ukraine and the Moscow regional delegation to over 80 million Sfr ($84.5 million), making the ICRC response to the crisis one of its top five global operations.

According to the United Nations, at least 6,000 people have been killed in the conflict in eastern Ukraine and half the population of the region, around two million people, have been displaced. During the fighting, civilians close to the front line were subjected to heavy rocket fire and artillery shelling. Hospitals, schools, water and electricity systems and other essential services were badly damaged.

The situation has been made worse by the relative poverty in the region, a lack of resources in opposition-held areas and economic inactivity. People have also had difficulty accessing their pensions and savings due to new travel procedures. With no work and no income, entire families are surviving on aid distributed by the ICRC and the Red Cross Red Crescent Movement partners.

In the south of Russia and in Crimea, the ICRC and local branches of the Red Cross have distributed 1,200 tonnes of aid to people who fled hostilities in Ukraine.

The ICRC's work on behalf of people deprived of their freedom is a core part of its mandate. Since September 2014, the ICRC has been visiting government-run detention facilities. In 2015, the ICRC provided food and hygiene items to around 16,000 detainees held in facilities in opposition-held areas. The ICRC is pursuing discussions with the Ukrainian authorities and the opposition to obtain formal agreements to visit detainees, and has offered to facilitate the simultaneous release of people held by the two sides.

For the latest update on the ICRC's activities in Ukraine, please visit our facts and figures.