Northern Ireland Q&A: What we’re doing and why 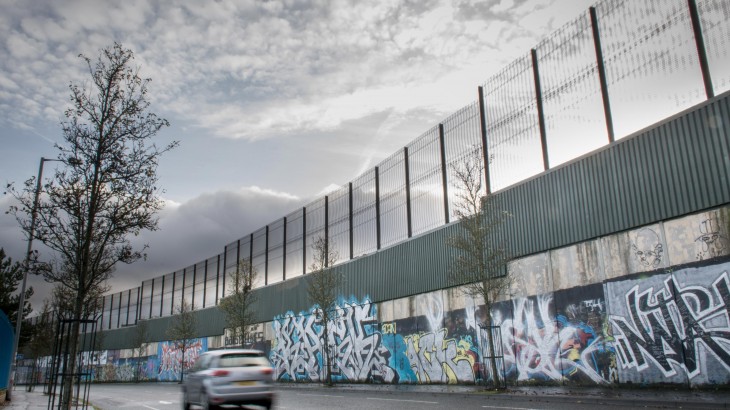 This year marks 20 years since the Good Friday Agreement was signed. While the deal brought an end to the period in Northern Ireland known as 'the Troubles', ongoing violence still affects communities today.

Why is the ICRC in Northern Ireland?

The ICRC has travelled to Northern Ireland since the 1950s and undertook prison visits until 1999, after the Good Friday Agreement was signed.

Despite the relative peace in Northern Ireland today, violent acts such as attacks, intimidation, shootings and forced expulsions are still used as alternative forms of justice.

We assessed the needs of the people in Northern Ireland in 2010 and decided the humanitarian situation warranted a full-time presence. The ICRC Belfast office opened in April 2011 and has several staff working on a range of issues.

What is the ICRC doing in Northern Ireland?

Since 2012, we have been working with community-based organizations to ease sectarian tensions and to limit the use of violence within or between communities. We support these organizations in their work to provide mediation services to people threatened with, or affected by, violence in their communities.

In line with our non-political and neutral character, we take no stand on the causes of violence in Northern Ireland. We use our status as an international 'outsider' and experience in similar contexts around the world to offer an alternative perspective.

How many projects are you supporting in Northern Ireland?

In 2018, we are supporting eight community-based organizations across Northern Ireland, which work to help resolve disputes or threats before they escalate into violence.

With ICRC support, these organizations have enhanced their counselling and other services for victims of violence. They have also learnt more about the consequences of sexual violence and ways to help victims at events organized or supported by the ICRC.

What else are you doing in Northern Ireland?

Across the world, the ICRC seeks to secure humane treatment and detention conditions for all prisoners, regardless of the reasons for their arrest and detention.

Ongoing dialogue is maintained with the Department of Justice and the Northern Ireland Prison Service and confidential reports (including where necessary any recommendations) are shared with the authorities.

Where we can, we also help in tracing people who disappeared during the Troubles.

How is the ICRC's work in Northern Ireland funded?

To fund our global work, the ICRC relies on the generous support of donors, principally governments, national Red Cross and Red Crescent societies, and supra-national organizations such as the European Commission.

The budget for our operations in the UK can be found in our Annual Report.