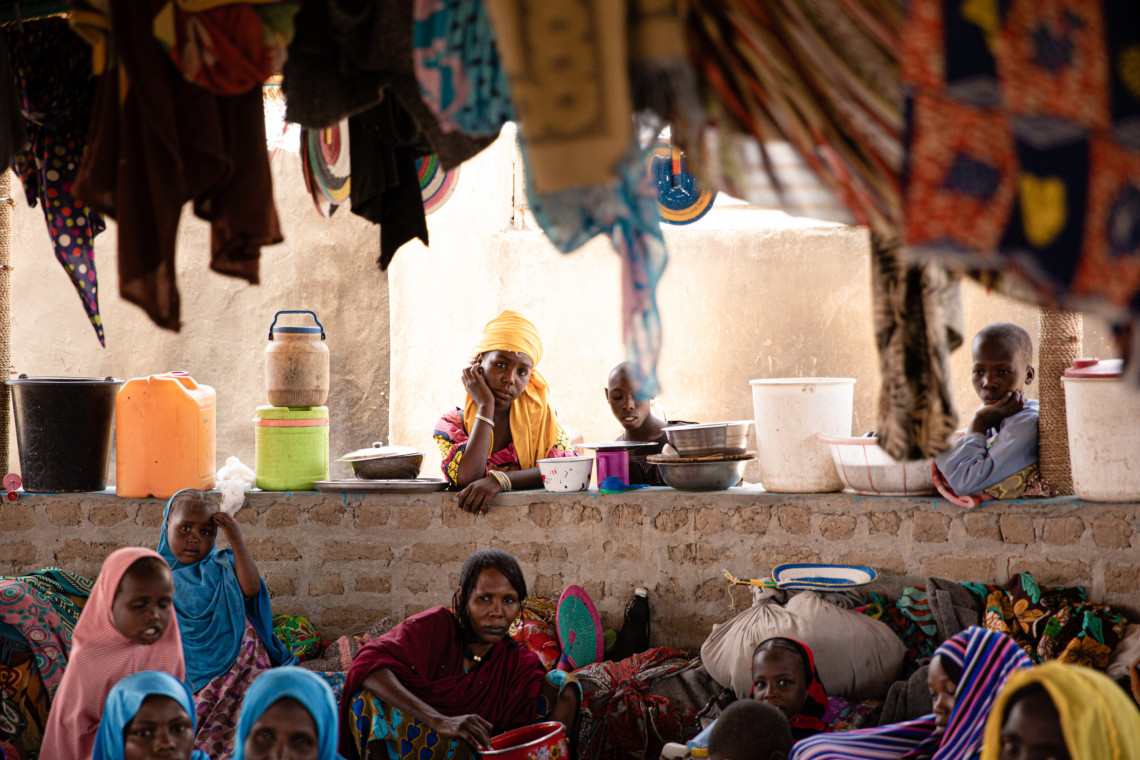 Geneva (ICRC)—Rising food prices and job losses triggered by the COVID-19 pandemic are raising fears that food insecurity and malnutrition in lower-income communities across Africa are on the rise, particularly in places where conflict has continued unabated, disrupting people’s access to markets and ability to farm.
News release 15 October 2020 Nigeria Somalia Chad South Sudan

A recent survey by the International Committee of the Red Cross (ICRC) among 2,400 people in 10 African countries found that since the start of the pandemic, 94 percent of survey respondents reported that prices of food and other essentials in their local markets had increased, while 82 percent said they had lost income or revenue. Only 7 percent said they had enough savings to cope with a prolonged crisis.*

"The risk is that as food prices rise and people's income plummets, we could see a rise in malnutrition because families can't afford enough food, or that the foods they can afford are less nutrient-rich," said Pablo Lozano, ICRC's economic security analyst for Africa. "We heard very clearly in our survey that people in the communities in which we work are financially struggling. This is especially true among those who relied on day labour to get by or small business owners as well as communities that were already struggling with food insecurity due to conflict or violence."

In Nigeria's conflict-stricken northeast, the ICRC has seen an increase in malnutrition rates among children in the nutrition centres it supports. The number of children treated by the outpatient nutrition programme grew by 20 percent, while the number of severe malnutrition cases grew by 10 percent compared to the same period last year. The increase in patients was recorded even though ICRC's community outreach programme, typically the most efficient tool in identifying malnutrition, has been on hold due to COVID-19.

"We are very concerned by the trend, especially in Maiduguri," said Thomas Ndambu, ICRC nutritionist. "I am certain that when Nigerian Red Cross volunteers resume their community outreach, the number of malnutrition cases will surge."

A similar trend has been observed in Somalia. ICRC and the Somali Red Crescent have seen a rise in admissions into their supplementary feeding programmes this year. In 2020, 17,000 malnourished children under five and pregnant and breastfeeding women were assisted in the first six months of 2020, compared to 11,900 in the whole of 2019. The expectation is that the numbers of malnutrition cases in Somalia will continue to climb in the last quarter of 2020, as the country still reels from violence, conflict, floods, and locusts on top of COVID-19 complications. 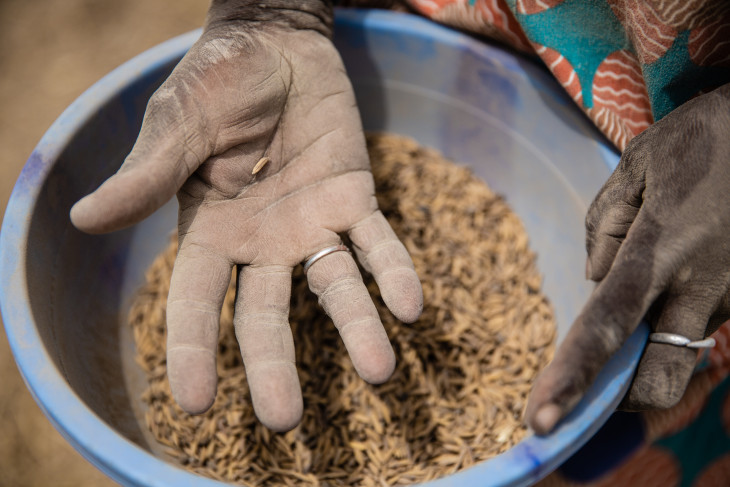 Despite the COVID-19 pandemic, the ICRC continues to provide food to communities facing conflict and violence across Africa. ICRC / Alyona Synenko

Meanwhile, in Burkina Faso, where violence has escalated despite the pandemic, about 2.8 million people, many of them forcibly displaced from their homes, are now estimated to face crisis levels of food insecurity or worse, representing a more than 200 percent increase from the same period last year, according to the Integrated Food Security Phase Classification System. A SMART survey done in August 2020 in 11 municipalities found 11 percent of children under five and pregnant and breastfeeding women to be suffering from moderate acute malnutrition, and 3 percent suffering from severe acute malnutrition.

"The level of hunger is rising dangerously due to violence, lack of access to arable land, fragile adaptation strategies such as sales of household assets and livestock. This has been made worse by the cyclical droughts and the flooding this year." said Mathew Kenyanjui, ICRC's economic security coordinator in Burkina Faso.

In Chad, the situation has dramatically deteriorated in 2020 due to the highly volatile security situation in parts of the country that has forced people from their homes, often more than once, as well as COVID-19 and climate shocks like droughts and floods. In the Lake Chad region, 65 percent of families in the country are estimated to live on just 2 USD a day.

Flooding has also compounded already staggering food insecurity and malnutrition levels in South Sudan, where more than half of the country's 11 million people are estimated to face severe food insecurity. Protracted conflict and armed violence have impacted livelihoods for decades and forced millions of people to flee their homes and abandon their crops. Markets are often destroyed in armed clashes, disrupting people's access to food. If borders were to close due to COVID-19, South Sudan would face dramatic consequences and the level of food insecurity would rise significantly, given that a lot of the country's food is imported.

Despite the COVID-19 pandemic, the ICRC continues to provide food to communities facing conflict and violence across Africa as well as work with national Red Cross and Red Crescent societies and local clinics and health care facilities to treat moderate and severe malnutrition. The ICRC has economic security programmes, which includes support to people's livelihoods, nutrition, and living conditions, in 20 countries in Africa.

*On ICRC's Africa survey: The survey was carried out from June to August 2020 in Mauritania, Niger, Nigeria, Cameroon, Libya, Sudan, Ethiopia, Kenya, Somalia, and the Democratic Republic of Congo and included more than 2,400 people from the communities in which with ICRC works. It was part of a wider survey of 5,000 people in 24 countries in which 89 percent said that prices of food and other essentials had increased since the start of the pandemic, while 79 percent said their incomes were down. Only 6.5 percent said they had savings to get through the pandemic.