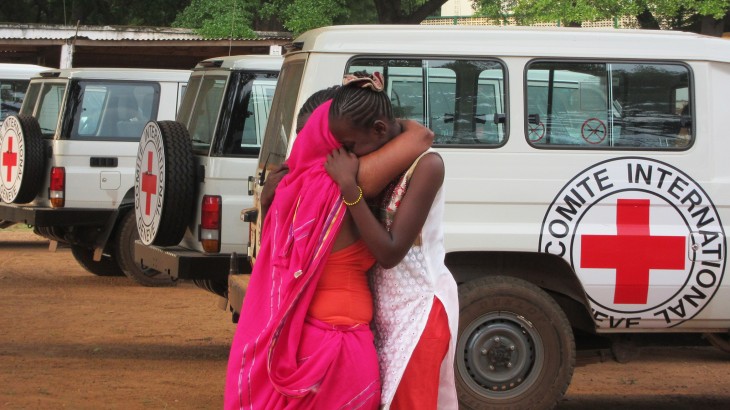 A young woman (dressed in red) is reunited with her mother following the arrival of the children at the airport in Bangui. CC BY-NC-ND/ICRC/Ronald Kradjeyo

"This was the first family reunion operation between Chad and the Central African Republic since the violent events of December 2013," said Caroline Martinod, deputy head of the ICRC delegation in Bangui. "It's immensely rewarding to reunite families who have spent months apart, living in anguish."

The children – aged between 7 and 16 – became separated from their families when violence erupted in the Central African Republic at the end of 2013. The armed conflict drove thousands of people to flee within and beyond the country, and many families became scattered in the process.

All but one of the children ended up in refugee camps in Goré and Kobité, in southern Chad. The youngest, Saleh, at just seven years old, was taken in by a family in Baïbokoum, in the far south-west of Chad. ICRC staff and Chadian and Central African Red Cross volunteers tried everything to trace their families and finally located them in the Central African Republic. An ICRC team brought the children to N'Djamena, from where they travelled onwards a few days later to be reunited with their loved ones. 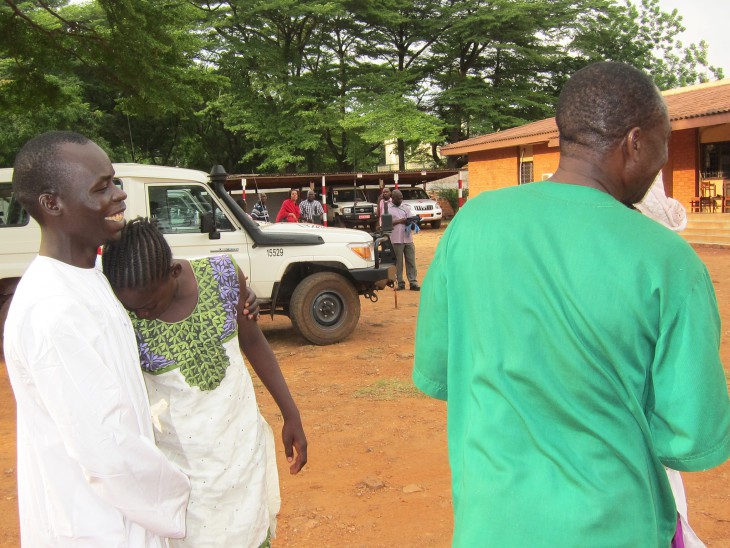 A young girl is reunited with her father following the arrival of the children at the headquarters of the Central African Red Cross in Bangui. CC BY-NC-ND/ICRC/Ronald Kradjeyo

Delighted to be going home, Saleh was also excited to be travelling by plane for the first time: "I've only seen planes in the sky until now, never up close. I can't wait to see my family again and play football with my best friend Hassan." Of the 11 children, two were returned to their families in Paoua, in the north-west of the country, and one returned home to Bambari, in the centre. The other eight were reunited with their families in the capital Bangui.

"The reunions went well and were very emotional," said Amandine Ngario, one of the ICRC's local staff members. "After spending so many months apart, the families were impatient to see the children again and they in turn were very happy to be reunited with their loved ones." 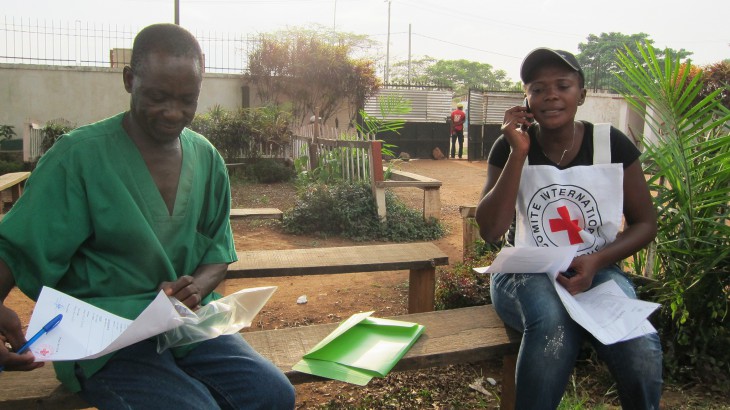 Bangui. An ICRC tracing staff member looks on as a father signs the final paperwork concerning the reunion with his child. CC BY-NC-ND/ICRC/Ronald Kradjeyo