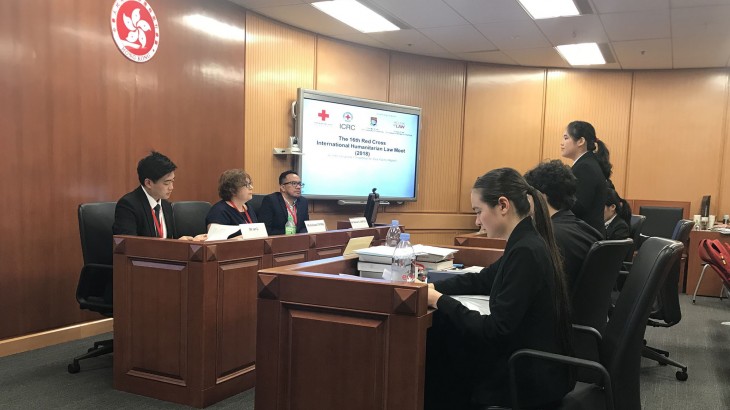 "This annual event, together with the national/local rounds held across the Asia-Pacific region, aims to raise awareness of IHL among university students and to stimulate research interest in IHL in academic circles." said ZHOU Wen, head of legal department, ICRC regional delegation for East Asia. "Over the past 16 years, the competition has become a flagship event in the dissemination of IHL in the Asia-Pacific region. We hope that the competition not only tests the skills of law students as future legal practitioners and decision makers, but also opens a door for them to the humanitarian world."

This year the problem is set in the context of climate change and involves new technology weapons, attack on fishing boats with displaced persons and the protection of medical transports at sea. Students will act as counsels of both prosecution and defence, and argue for a fictional case before the simulated International Criminal Court.

To foster discussions on practical humanitarian issues, an exploration activity will be held at the Humanitarian Education Centre in the Hong Kong Red Cross headquarters, where students will assume different roles in a simulated war zone, such as detainees, prison guards and refugees.