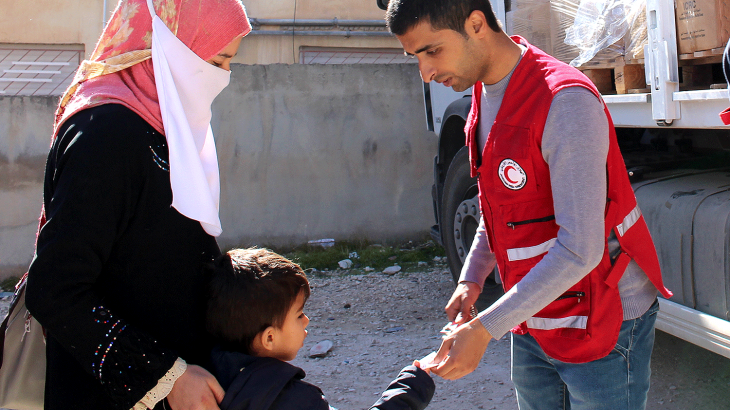 Um Jasem and her son with a volunteer of the Jordan Red Crescent Society./ CC BY-NC-ND /ICRC/A. Sari

As winter sets in, thousands of Syrian refugees in Jordan worry that their suffering will only increase with the falling temperatures. Bracing for another harsh winter away from their homes, staying in camps and host communities, they struggle to find warmth.

Cold weather only adds to our woes.

Abu Mohammed and Um Jasem, two Syrian refugees living in Madaba governorate, share their experiences as they brave their third winter in Jordan. 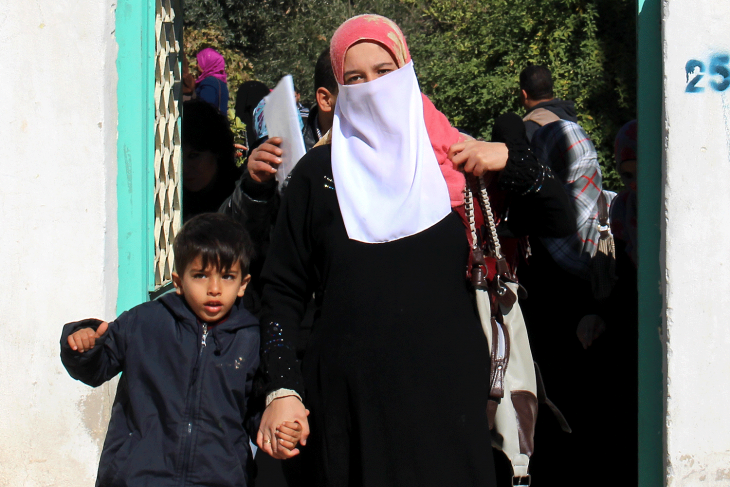 "I buried a piece of my heart in Dara'a," sobs Um Jasem, 26 years old. "Soon after I had delivered my baby in December 2012, his health deteriorated. Our town was under siege, and I couldn't get him to any hospital. When we finally managed to leave the town and reach a hospital, my baby was pronounced dead right in front of my eyes. Faisal was only four months old.

"I had endured all kinds of hardship in Syria, but the death of Faisal was the breaking point. I felt then that I had to flee."

Painfully remembering that period, Um Jasem explains: "I had lived in constant fear during my pregnancy and delivery. I remember how it was, not to have enough money to buy milk or diapers for my baby."

... we can't afford to buy a gas cylinder for the heater, so we cover ourselves with blankets

In early 2013, she, her husband and their two children entered Jordan. There Um Jasem delivered another son, Ahmed.

Describing refugee life for a family of five, she states: "Our main concern is not food or water. What we fear the most is the approaching winter, and the lack of means to deal with it.

"Last winter, we received some blankets and a gas heater. But we can't afford to buy a gas cylinder for the heater, so we cover ourselves with blankets.

"This is not the life I want for my children. Being a refugee is not our choice, but at least it is better than losing your family and your own life to the shelling . . ."

"I didn't want to lose my five kids in this fierce war," volunteers Abu Mohammed, in a choking voice. He is a 40-year-old from Dara'a, Syria.

"I fled with my family to Jordan in late 2012. I stayed for four months at the Zaatari camp, before moving to Madaba governorate, where I have relatives. The smell of the air in this place reminds me of my hometown, but daily life is a struggle. 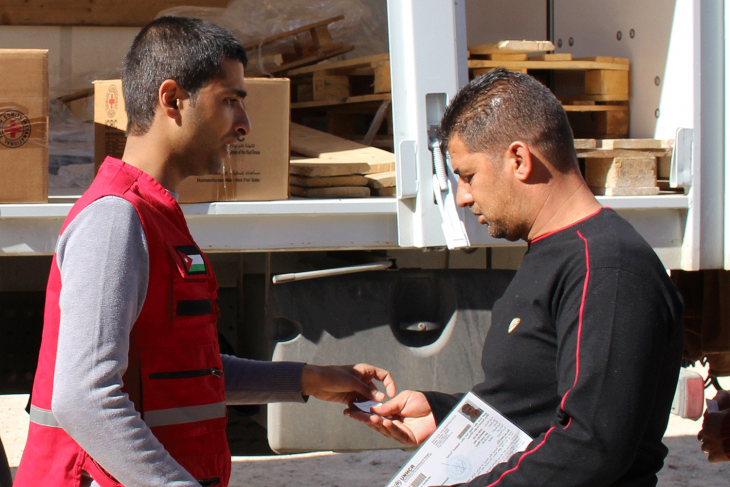 Abu Mohammed receives a food parcel and hygiene kit from a volunteer of the Jordan Red Crescent Society./A. Sari

"Being a refugee means never-ending suffering. My wife and I have used up all of our savings, and still we can barely afford the rent for our decrepit house."

He continues: "Cold weather only adds to our woes. I don't have enough money to buy a heater. When it gets really cold, we cover ourselves with blankets, but they don't keep us warm enough. At least, the summer here is bearable . . ."