International Committee of the Red Cross survey asked 16,000 millennials in 16 countries their views on war. 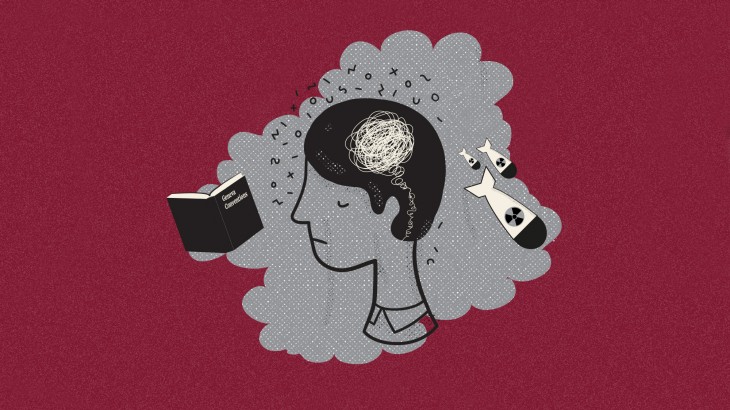 Geneva (ICRC) – Millennials see catastrophic war as a real likelihood in their lifetime. In fact, most millennials surveyed by the International Committee of the Red Cross (ICRC) believe it is more likely than not that a nuclear attack will occur in the next decade.

A survey of more than 16,000 millennials in 16 countries and territories last year – roughly half in peace, half experiencing conflict – commissioned by the ICRC explored millennials' views on conflict, the future of warfare and the values underpinning international humanitarian law, such as the use of torture against enemy combatants.

The results indicate that millennials are nervous about the future, and heightened tensions globally are likely to deepen these fears.

"This millennial foreboding may reflect an increase in polarization and dehumanizing rhetoric," said ICRC President Peter Maurer. "If millennials are right about a third world war, the suffering of countries and regions will be immense. It's a reminder of how critical it is that the laws of war that protect humanity are followed now and in the future."

Encouragingly, 74 percent of millennials also believe that wars are avoidable, and nearly the same number (75 percent) think that limits must be imposed on how wars are fought.

However, the survey reveals worrying trends that point to a lack of respect for the basic human values enshrined in international law: 37 percent believe torture is acceptable under some circumstances – even after the UN convention banning torture is explained to them; and 15 percent believe that commanders should do whatever it takes to win, regardless of the civilian casualties generated.

"When you see your friends and family suffer the horrors of warfare, you want absolutely nothing to do with the weapons of war. The survey responses from millennials in Syria, Ukraine and Afghanistan confirm for us an obvious fact: the experience of war makes you hate war," Mr. Maurer said.

In Syria, 98 percent said the use of nuclear weapons is never acceptable, followed by Colombia (93 percent), Ukraine (92 percent) and Switzerland (92 percent). On the other end of the spectrum were the responses from Nigeria (68 percent) and the U.S. (73 percent).

Millennials' Top Concerns: Despite millennial respondents' views on a future nuclear strike, survey takers also said that nuclear weapons were the least concerning out of 12 issues. Corruption was the most concerning with 54 percent of respondents naming it; unemployment was next at 52 percent; increasing poverty and terrorism were next, both with 47 percent; and then war and armed conflict at 45 percent. Nuclear weapons were named by 24 percent.

Civilian Casualties: 78 percent of respondents said combatants should avoid civilian casualties as much as possible. The number was higher in peacetime countries than conflict countries (83 percent vs. 73 percent).

Mental Health: Overall, 73 percent said that addressing mental health needs of victims of conflict is just as important as addressing food, water, and shelter. The highest response came from Syria at 87 percent; the lowest came from Israel at 60 percent.

The 'Millennials on War' survey was commissioned by the International Committee of the Red Cross and carried out by Ipsos, which conducted the survey between 1st June and 7th October using a mixed method design; 16,288 interviews were completed amongst adults aged 20 to 35 living in the following 16 locations: Afghanistan, Colombia, France, Indonesia, Israel, Malaysia, Mexico, Nigeria, the Occupied Palestinian Territories, Russia, South Africa, Syria, Switzerland, the United Kingdom, Ukraine, and the United States.

Quotas were set on age, gender, region and type of settlement in order to ensure that the sample represents the millennials population structures well by these variables in respective countries.

Note to editors: Complete country level data is available upon request. More survey data will be available by 16 January at: www.icrc.org/millennialsonwar. B-roll video of scenes from conflict and vox pop interviews of millennials from several countries will be available for broadcast use at www.icrcnewsroom.org.