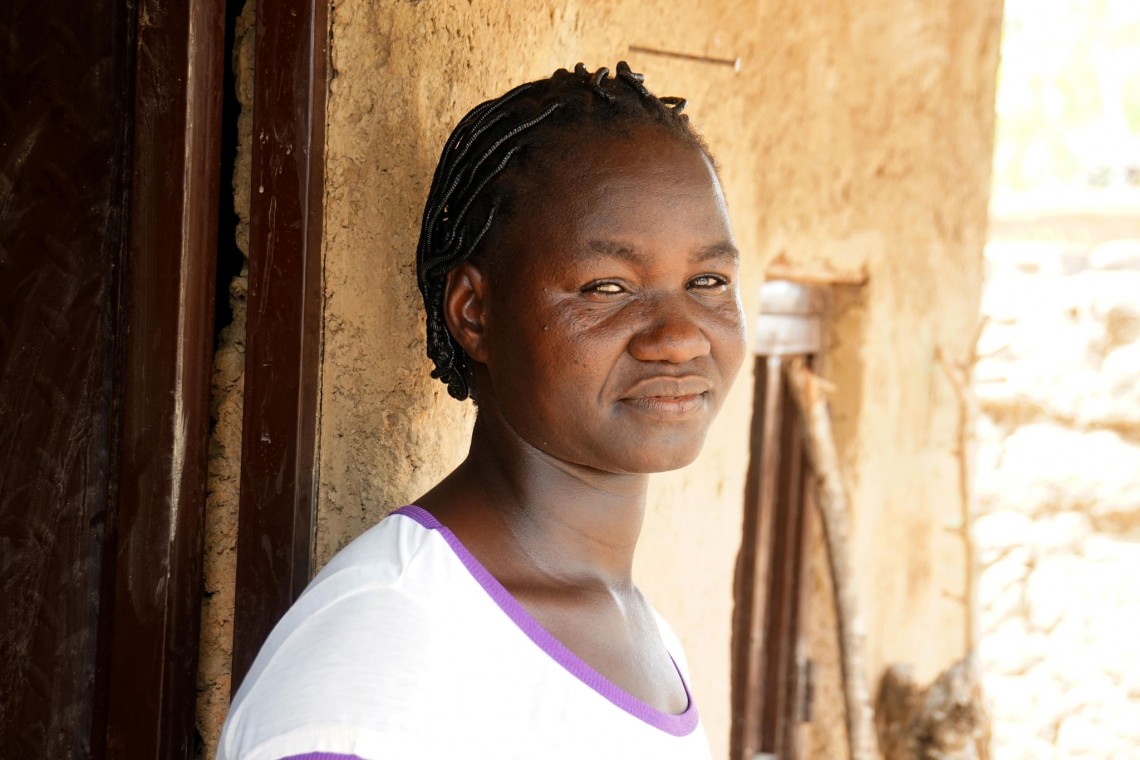 In recent times, the village of Wuro Dadi has been adversely affected by communal violence. Today, however, its residents are returning to farming as they work towards regaining self-sufficiency.
Article 09 July 2019 Nigeria

The sleepy, quiet and slow pace of Wuro Dadi village situated on the banks of the Benue river, north-eastern Nigeria, belies its recent history; one of violence and destruction, when gunfire rent the air and residents fled in panic.

Wuro Dadi lies on the outskirts of Yola, the capital city of Adamawa state, firmly within the region that has been grappling with the decade-long Lake Chad conflict. In recent times, the village has been adversely affected by communal violence. When it was attacked in 2018, the violence left five people dead and most of its homes and farm produce destroyed.

Safiratu, a mother of three, recalls the morning she fled into the vast farmlands surrounding her village.

"We escaped with nothing but the children we have," she said.

Her husband was killed that day, her home set ablaze and all their farm produce destroyed. In all, over 75 homes in Wuro Dadi were destroyed. Since then, the village has struggled to recover and Safiratu lived in the open with her children for seven months under a lean-to which also served as an outdoor sitting area, in front of her destroyed home.

The residents of the village are predominantly farmers and fishermen. They grow grains and vegetables and fish from a nearby fresh water pond which is fed by the annual flood waters of the Benue river. Since the attack, no one has been able to return to their farms.

"Without our seeds, there is nothing to plant," said Dishong, a 60-year-old resident of the village. "We survive by fishing in the pond and doing whatever odd jobs we can find but it is not enough. Since we cannot farm, feeding our families has become very difficult." 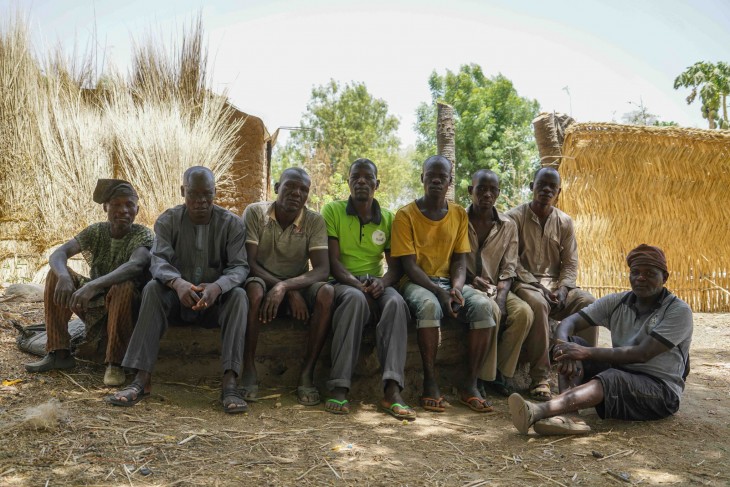 Dishon Alvadi (second from left) sits with a group of men from Wuro Dadi village. Each one of them lost property and farm produce when their village was attacked. CC BY-NC-ND / ICRC / Adavize Baiye

For Boyomoso Eli, a father of two, fishing has become the mainstay.

"This is how we survive. Whatever we catch per day we have to sell so that we can earn some money to buy food for that day," he said.

Despite the intense pressure to overfish the pond, the people of Wuro Dadi practice a simple form of sustainable fishing. The pond is only fished for a few months after the rains and then it is left to fallow for the rest of the year so that it can be replenished by the Benue river. During the fallow period, those who can afford the tools needed, proceed to fish in the river. Those who cannot, have to rely on their farm produce alone.

"Although the co-operative is of great help to us, it has also been affected by this crisis. Loans have not been repaid due to the losses suffered and so there is not enough money for loans this year," he said.

In addition, over 200 families received maize and rice seeds for planting. Along with cash for the purchase of fertilizer and farming or fishing tools.

The seeds and cash that were distributed to the families in Wuro Dadi is part of the ICRC's wider agricultural assistance to victims of armed conflict and other situations of violence in Nigeria.

The distribution targeted over 80,000 families in nine states: Borno, Adamawa and Yobe all in the North-East, Plateau, Bauchi, Benue, Nassarawa, Kaduna in the north-central region and Cross River located in the south.

Now that the planting season is well underway in Nigeria, the people of Wuro Dadi can return to farming their lands as they work towards being self-sufficient again.