South Sudan: 100 days to alleviate the suffering of millions 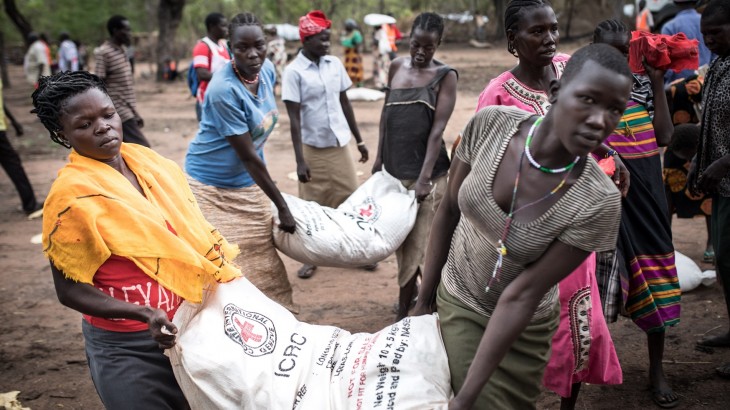 Juba (ICRC) - Following the decision to extend the pre-transitional period by 100 days, peace and stability remain more than ever the prerequisites to alleviate the suffering of millions of South Sudanese. In the absence of a political solution and if high levels of violence were to return, the International Committee of the Red Cross (ICRC) would be highly concerned with their fates.

"South Sudanese need to feel safe and are living in constant uncertainty of what the future will hold. Millions of them already rely on meagre resources and they could lose the little they have left if the situation deteriorates," said James Reynolds, head of delegation for the ICRC in South Sudan.

After years of war and violence, the peace deal signed in September 2018 by the main parties to the conflict has offered most of South Sudan a welcome period of calm and the ICRC has observed small but encouraging signs of improvement in the country.

Humanitarian access has increased, food insecurity has reduced slightly, families are slowly returning home and some parts of the country are enjoying sustained stability. This has allowed the ICRC to shift part of its emergency food response toward a more sustainable approach through the distribution of seeds, tools and fishing kits.

Many South Sudanese fear the current fragile stability could be short-lived and that conflict could break out once again. In addition, recent massive flooding has put a large part of the population at risk, and while access to these communities is already complex, a resurgence in fighting could push the country back toward a humanitarian crisis of unknown magnitude.

"I decided to come back to my country because of the political tensions in Sudan, and I heard that peace will be implemented here," a South Sudan resident in Bentiu named Nyami told us. "Since I came my mother has been hosting me with my kids. All of us we are living in one tukul. We find it very difficult and congested to stay in this tukul, but I do not have any option."

In many cases, returning residents have found their homes looted or destroyed and therefore must rely on relatives and humanitarian aid. Edina Augustino, who returned to Yei after three years in Uganda, told us: "We have really suffered and we all want to return [to South Sudan] because staying in a foreign country is not fine."

Civilians suffer the most in conflict, and if more violence returns, it is essential that all the parties refrain from attacks against civilians and comply with international humanitarian law more broadly. The ICRC will continue its humanitarian operations to alleviate the needs of the most affected communities all over South Sudan.