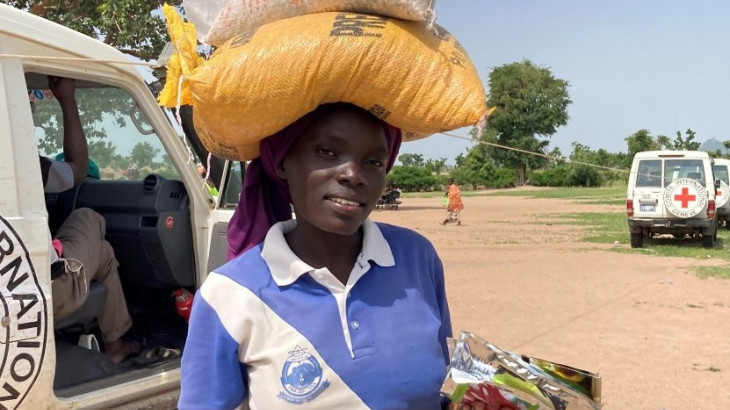 One of the assisted farmers, Grace Musa poses with the seeds she got. © Mike Okaba/ICRC

Many communities in North-East, North-Central and South South regions of Nigeria have faced renewed violence in recent months. While we continue to provide emergency assistance including food and household items to support those affected by the violence, we also provide agricultural support in places where people have access to land for farming to help restore livelihoods.

-Awais Khan, Coordinator of the Economic Security (EcoSec) team of the ICRC in Nigeria.

"The population in these regions face limitations on access to their farmlands and many do not have the financial means to restart food production on their own even when they have access to land. Our agricultural support to these populations aims to enhance household food production and strengthen their resilience," Khan added. 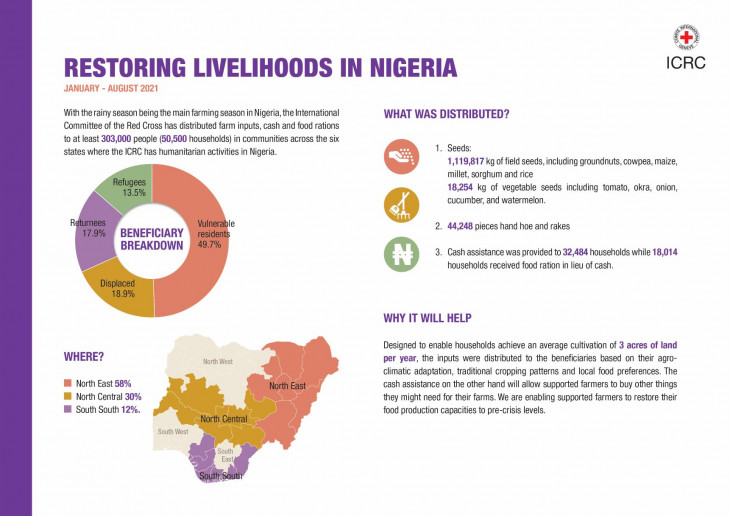 Mallam Abdullahi Mohammed, whose family recently received agricultural support, said "We were displaced from Madagali to a community around Belle, Maiha. Through divine mercies, the ICRC assisted me with a bag of maize, beans, pepper, and watermelon seeds to plant. I was also given a rake and a hoe and cash assistance to buy food. I pray I am able to use them to help myself and my dependent relatives" 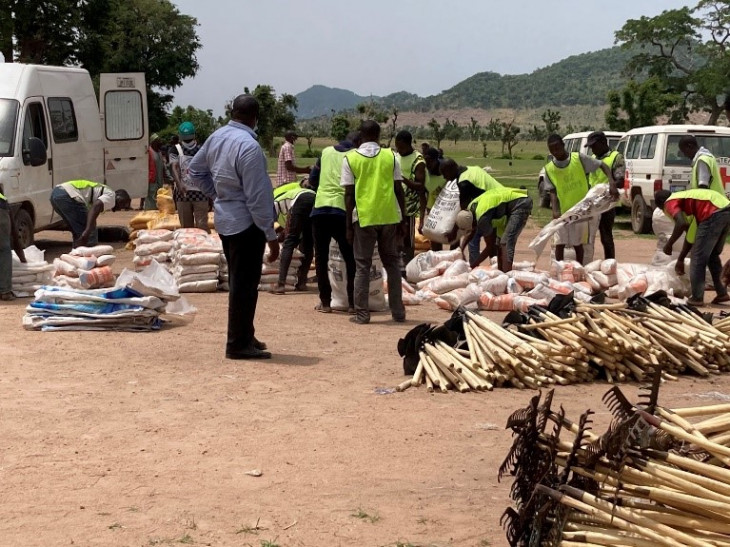 Some of the farm tools distributed to farmers in July 2021. © Mike Okaba/ICRC

Across Nigeria, we have distributed agricultural support to over 50,000 households this year. These include vulnerable residents, displaced people, returnees and refugees. The effort, led by our offices in Maiduguri, Yola, Jos and Port Harcourt, has resulted in the distribution of 1,138 tonnes of seeds. In addition, households received cash to cover other agricultural inputs not included in our seeds and tools kits, as well as food rations to support their food needs during the planting season.

Each farmer was given enough seeds to cultivate three acres of land and the items were distributed based on a combination of the climatic conditions of the area for farming, available land space and crop varieties, as well as the food preferences of the communities.