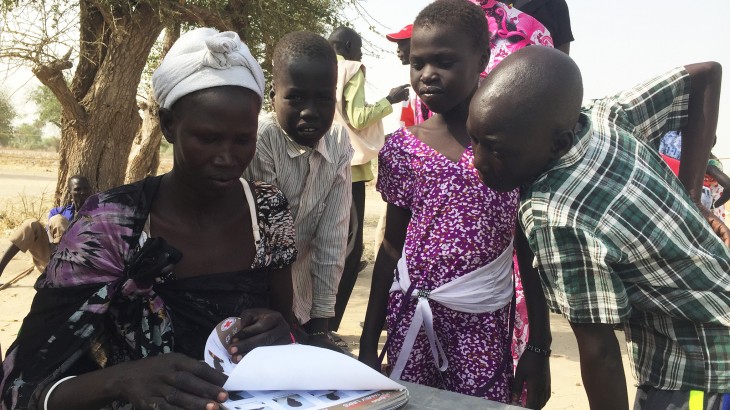 In search of their loved ones, a group of people in Leer review a book containing photos of South Sudanese children located in the neighbouring countries. CC BY-NC-ND/ICRC/Pawel Krzysiek

Unaccompanied boys and girls are among the hundreds of thousands of people who have been fleeing continuing violence, from South Sudan into neighbouring Ethiopia, Uganda, Sudan and Kenya. The use of a "snapshot book" by the ICRC and local Red Cross Societies is helping both adults and children find missing relatives. Since the beginning of the year, about 120 matches have been made.

The first books of more than 500 pictures of adults and unaccompanied children were taken in refugee camps in Gambella, Ethiopia, and were shown in January and February in camps and other places in South Sudan, Kenya and Uganda. "This book is filling a major gap," said Natalie Klein-Kelly, an ICRC delegate in Ethiopia working on the project. "We've had quite a few cases in which people feared their loved ones had not survived, but in fact they had simply run in a different direction."

When violence breaks out, people scatter in search of safety. If a young child is alone at the time, he or she might run off alongside other people but get separated from family.

The ICRC takes photos of people searching for their loved ones, then shows these to displaced people in widely scattered locations. The books list refugees by place of origin, and not by name, to enable a partly illiterate population to more easily find relatives.

"The Snapshot book is something people naturally want to go through page by page," said Klein-Kelly. "We have jokingly been calling it 'Refugee Facebook!'"

Refugees who know where a loved one is can send Red Cross Messages or phone them. Refugees in Gambella, Ethiopia have sent nearly 1,000 such messages and made approximately 10,000 phone calls. About 10 percent of the participants are minors.

An 18-year-old woman wrote a Red Cross Message to her mother after finding a photo of her. "We were overjoyed to see your picture in the ICRC book. Your grandchildren are fine and they have also seen your picture."

A girl wrote to her mother: "There is no way for us to get to your location. Keep my phone number, which I am writing on this paper."

Only about half of the South Sudanese refugees in Gambella have phones. The ICRC provides the use of mobile or satellite phones free of charge to help reconnect people with their families.

In South Sudan last year, ICRC tracing delegates registered some 100 unaccompanied children, 53 of whom have since been reunited with their families. This process often takes weeks or months of patient, careful work and may involve partners such as the South Sudan Red Cross, the Ethiopian Red Cross, the Kenya Red Cross and the Uganda Red Cross.

Similar efforts to restore family links are taking place in Uganda, where 256 unaccompanied children have been registered. Currently 89 are still in search of their family. More than 6,000 ICRC phone calls have been made by South Sudanese refugees in Uganda. The ICRC also registered over 50 unaccompanied children and enabled South Sudanese refugees in Kakuma camp in Kenya to make 3,000 phone calls in 2014. So far in 2015, the use of the Snapshot book in Kenya has resulted in 45 matches between separated family members. 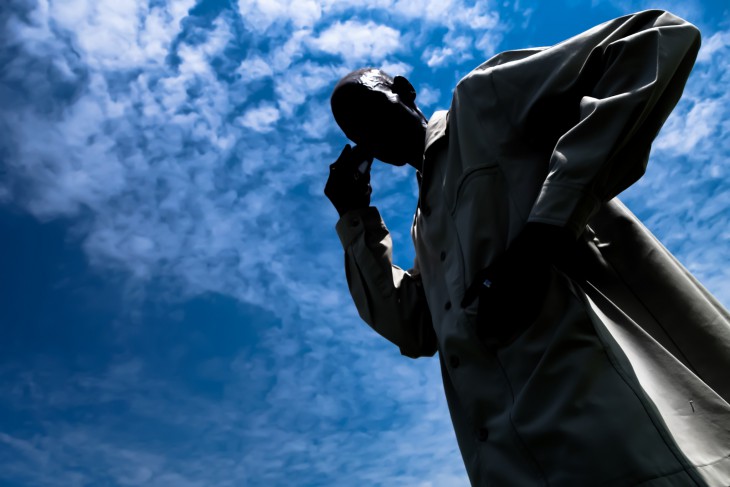 An ICRC team travelled to a location in the Unity state to deliver a Red Cross message and to arrange a successful phone call between members of a family separated by the recent violence. CC BY-NC-ND/ICRC/Pawel Krzysiek

There are growing reports of children being forced to join armed groups. The ICRC tirelessly reminds all parties to the conflict of their obligation to comply with international humanitarian law, including the absolute prohibition on the recruitment and use of children by armed forces and armed groups. If approached by the family of a child allegedly recruited, the ICRC can try to locate that child by means of direct and confidential dialogue with the entity concerned.

Since the outbreak of this conflict in December 2013, the ICRC has worked closely with the South Sudan Red Cross to deliver food, drinking water, seed and tools to those in need. Meanwhile, ICRC surgical teams have been treating people wounded by the fighting.

In all, the ICRC has: 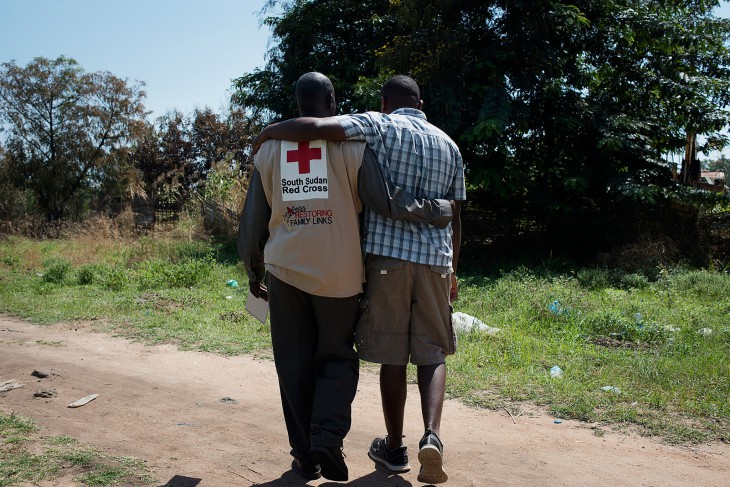 In search of their loved ones, a group of people in Leer review a book containing photos of South Sudanese children.

An ICRC team arranged a successful phone call in Unity state between members of a family separated by recent violence.

Since 2008, the South Sudan Red Cross has supported the creation, training, and equipping of Emergency Action Teams.

An EAT (Emergency Action Team) exercise is under way.