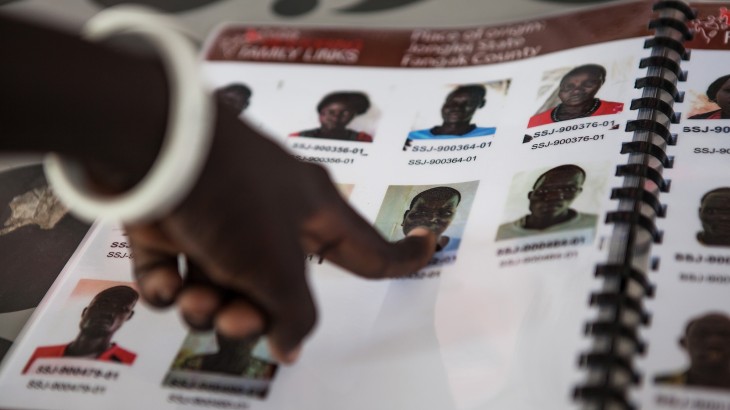 This page regroups ICRC and BBC coverage of our new 'snapshot' initiative to reunite families caught up in the violence in South Sudan.

on our work to reunite families in South Sudan. 6 May 2015 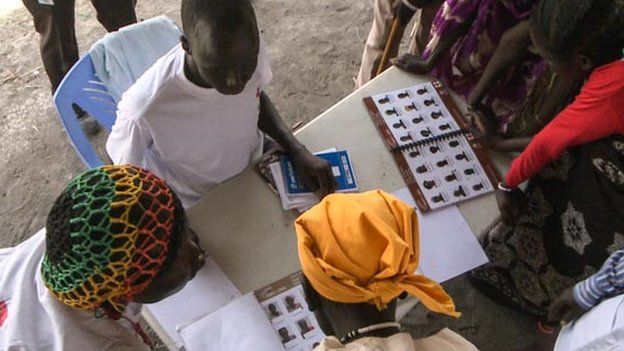 The photo albums have been dubbed "the refugee Facebook". © BBC 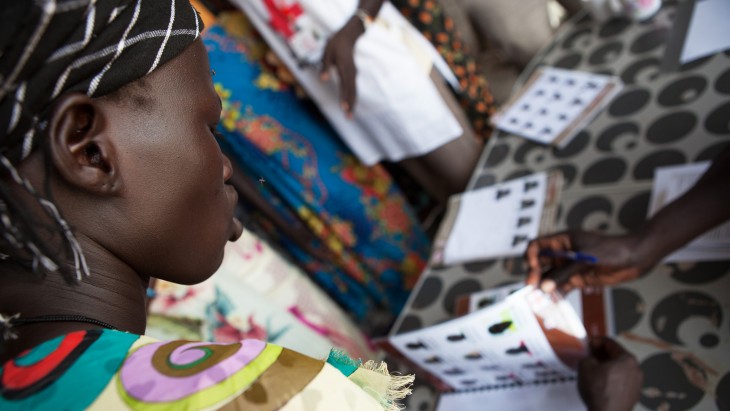 27 April 2015 - The ICRC has launched a new initiative to help thousands of people fleeing the violence in South Sudan. A new web page (http://familylinks.icrc.org/south-sudan) has been set up which enables people to trace family members with whom they have lost contact. 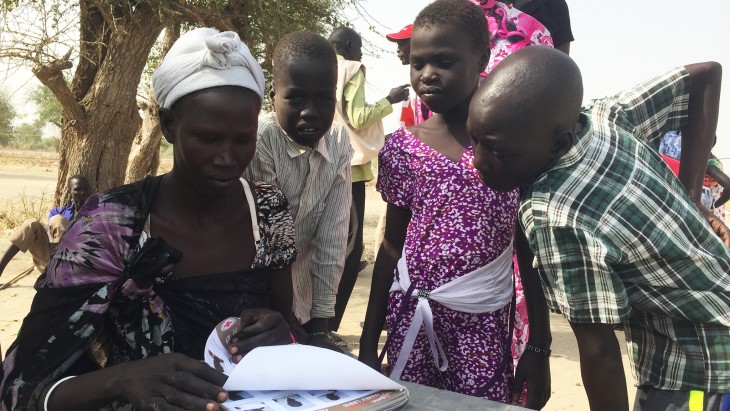 In search of their loved ones, a group of people in Leer review a book containing photos of South Sudanese children located in the neighbouring countries. CC BY-NC-ND/ICRC/Pawel Krzysiek

5 March 2015 - South Sudan: "Snapshot book" helps children find loved ones - Unaccompanied boys and girls are among the hundreds of thousands of people who have been fleeing continuing violence, from South Sudan into neighbouring Ethiopia, Uganda, Sudan and Kenya. The use of a "snapshot book" by the ICRC and local Red Cross Societies is helping both adults and children find missing relatives. Since the beginning of the year, about 120 matches have been made.