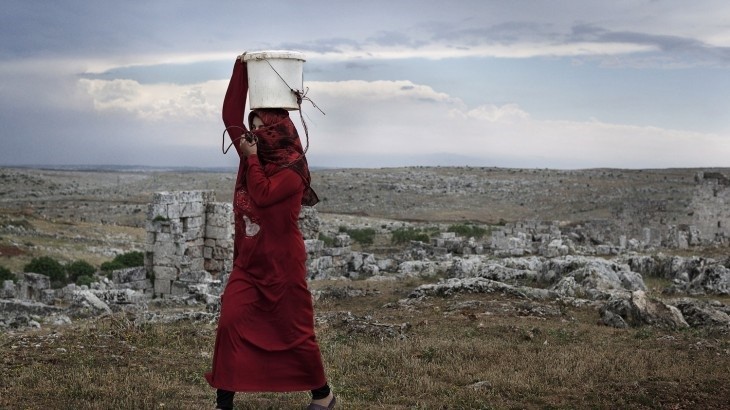 Geneva (ICRC) - The International Committee of the Red Cross (ICRC) is concerned by the further deterioration of the humanitarian situation in northwestern Syria. Since mid-October fighting has intensified in several areas in the northwestern Syrian governorates and this has led to unbearable humanitarian consequences for the civilian population there.

"In some areas in northwestern Syria, people currently live in a constant state of fear and uncertainty. Some of the basic services, like electricity, clean drinking water, access to health care and schools, have been disrupted. Every day, multiple reports speak about families desperately running for their lives in search for a safer place. This cannot go on," said Fabrizio Carboni, the ICRC's Geneva-based director for the Near and Middle East.

According to several reports, tens of thousands of people in southern Idlib had been forced to escape to a safer place, while many others are stuck, unable to leave their homes due to the ongoing fighting.

People are taking refuge in already overcrowded and overstretched shelters in Idlib and Aleppo governorates. And while some humanitarian organizations are present, the needs remain huge and increase every day, putting a lot of strains on the existing population in those shelters. The bitter winter poses further risk to those forced to flee. People in areas affected by the fighting or who decide to flee need access to medical care, clean drinking water and other basic services required for their survival.

The ICRC urges all warring parties to respect civilians and civilian infrastructure, to take all feasible precautionary measures to protect the latter as well as to allow those who wish to flee to do so in complete safety. Civilians and civilian objects are protected against direct attack. Indiscriminate attacks are prohibited. Hospitals, markets and schools must not be attacked. Mortars and rockets should not be indiscriminately fired into urban centres on either side of the front lines.

- committing any acts of hostility directed against the historic monuments, works of art or places of worship which constitute the cultural or spiritual heritage of peoples;

- using such objects in support of the military effort.

The ICRC, together with SARC, stands ready to increase its response to the humanitarian needs of the civilian population affected by the hostilities in northwestern Syria.

Note to editors on ICRC/SARC activities:

The ICRC provides support through its humanitarian partner, the Syrian Arab Red Crescent (SARC), to an Emergency Response Centre which includes first aid activities as well as a neonatal Intensive Care Unit within the pediatric hospital in Idlib city. The ICRC also supports the work of SARC with two polyclinics and three mobile health units in Western Rural Aleppo, serving people displaced from Idlib and its surrounding areas.

To help displaced families living in difficult conditions, the ICRC is supporting SARC in providing assistance in centres hosting thousands of people in western rural Aleppo and Idlib, with the distribution of hygiene items to five centres for around 7,000 displaced people (Western Rural Aleppo) and the rehabilitation of water and sanitation facilities in 14 internally displaced persons (IDP) centres (between Idlib governorate and Western Rural Aleppo).

Finally, the ICRC trained and continues to support a team of SARC volunteers in Idlib who raise awareness about the risks from mines and other explosive remnants of war in five IDP camps inside Idlib city.