Taboos surrounding sexual and gender-based violence (SGBV) are often harmful to victims/survivors, hindering their recovery journeys and sometimes even their access to life-saving health care. It is imperative that victims/survivors of sexual and gender-based violence are offered support when they seek health care and speak about their experiences.

In line with its humanitarian mandate, the International Committee of the Red Cross (ICRC) responds to the needs of victims/survivors of sexual and gender-based violence around the world. The ICRC defines sexual violence as any act of a sexual nature committed against any person by force, threat of force or coercion. This includes rape, sexual slavery, enforced prostitution, forced pregnancy and enforced sterilization or any other act of a sexual nature of comparable gravity.

Sexual violence is a gendered phenomenon: it is often linked to or stems from harmful social practices attached to gender roles and the power dynamics surrounding them. This can include abuse of power. It can also include the gendered idea that sexual violence only occurs to women, when the reality is that anyone can be a victim, regardless of age or gender.

While perpetrators might not think twice about committing such a crime, sadly the victim/survivor faces deep and long-lasting trauma.

In Papua New Guinea (PNG), one of the regions where we work in the Pacific, tribal fighting has exacerbated existing levels of sexual and other forms of violence. In the Papua New Guinean highland areas, tribal fights continue to impact communities significantly and affects many aspects of life. Civilian casualties, sexual violence, damage to property and loss of livelihood have resulted in people fleeing their homes and moving to neighbouring areas or to the forest. This compounds already limited access to health care and education for many.

The reality of surviving sexual and gender-based violence is that its impact is felt long after the physical act itself. This makes community-led group support very important. Rebecca Piam, who works with the ICRC's mental health and psychosocial support (MHPSS) programme and has closely interacted with these communities, says, "while some people in the community are resilient, others may not be able to cope and function well on a daily basis. Those who experience difficulties in trying to cope may require support. Too often, they may not even be aware that not identifying and addressing these issues can have a negative impact on their mental health and psychosocial well-being."

Let’s stand against all forms of sexual violence! pic.twitter.com/3xHwiJsfxL

The physical consequences of sexual violence for victims/survivors could include physical injuries, pain resulting from physical violence, sexually-transmitted infections, pregnancy (including among girls), infertility, higher incidence of disease and subsequent health problems and even death. Pregnancy resulting from rape may result in high-risk delivery (as with young girls) and, in certain contexts, victim/survivor may face the risk of a potentially unsafe abortion. Sexual violence can compound trauma and result in economic and social stigma.

Because of the stigma associated with sexual and gender-based violence, victims/survivors often face dilemmas in deciding whether to disclose the abuse they have suffered and seek help. 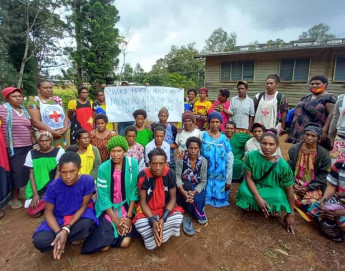