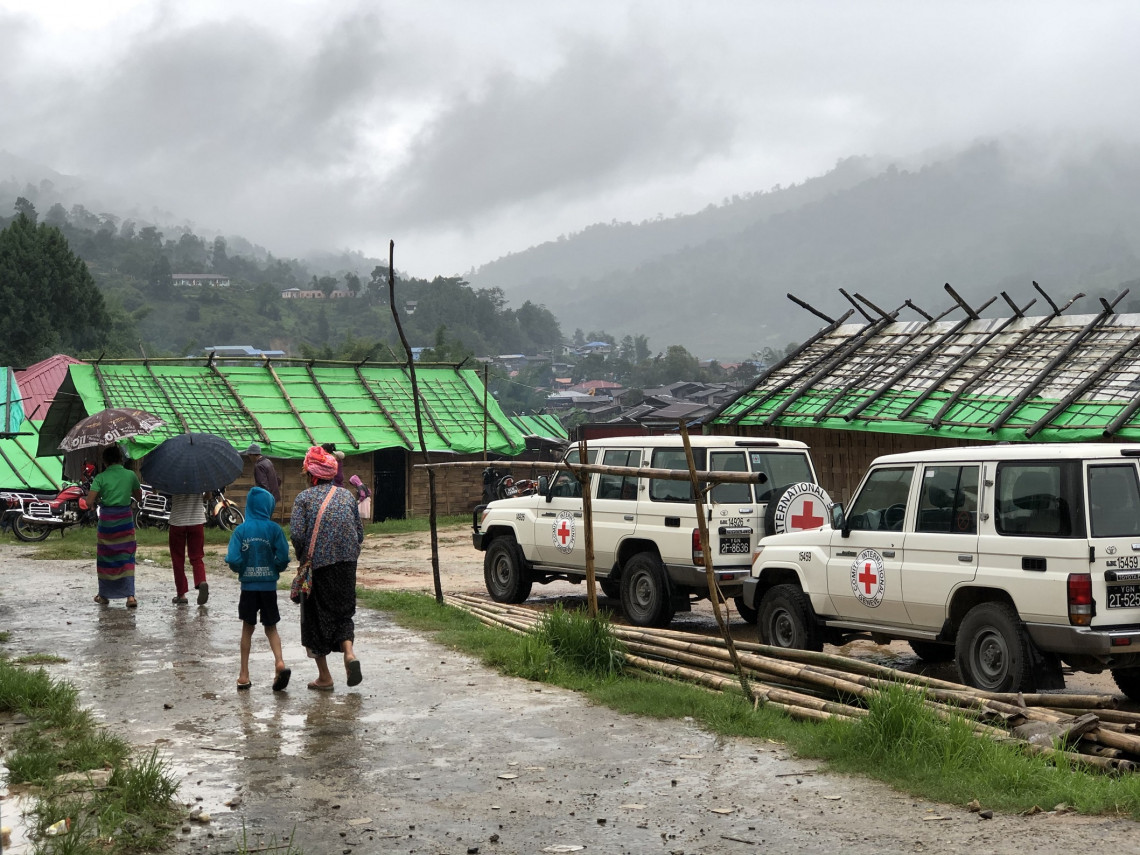 COVID-19 in Asia: None of Us Is Safe Until All of Us Are Safe

COVID-19 has affected us all, both personally and professionally. From street vendors in Jakarta to large global corporates, from village dwellers in Mindanao to those in Singapore, from developing nations to the most advanced countries – everyone has been impacted by the pandemic, albeit not equally.

Since the outbreak of novel coronavirus, the governments, organisations and people at their respective levels have put in place numerous mechanisms to support the most vulnerable populations that are already affected by conflict or other forms of violence.

While writing these lines, I am thinking of Man Sein Nu, a mother of five who has been residing in a camp in Ah Htet Hlay village of Ponnagyan township in Myanmar's Rakhine State. Displaced from her home due to the ongoing fighting, how could she deal with the onslaught that this pandemic has brought on, exacerbating her already tough existence?

Similarly, thousands of displaced people from Rakhine State in Myanmar are currently living in congested camps of Cox's Bazar in Bangladesh, where physical distancing is impossible. Or the people in Afghanistan and in the remote areas of Pakistan and Indonesia, where access to health services is difficult. How could they cope with the challenges brought forth by this pandemic?

As we increasingly hear about the mega figures and analysis about the impacts of COVID-19 on the global economy and development, it is vital to unpack what these impacts mean for the vulnerable populations in developing countries.

Already exposed to conflict or other forms of violence, the affected populations in parts of Afghanistan, Myanmar and the Philippines find themselves in a situation fraught with peril. In the Philippines, persons with disabilities like Eldi Ampaso were hit doubly hard by the COVID-19 pandemic due to movement restrictions and the resulting economic downturn.

A 30-year-old snack vendor, Eldi lost her lower left leg to a 2016 explosion at a night market in Davao City. She resorted to selling clothes online following COVID-19 quarantines. She does not earn as much anymore, while her overall health has suffered as she can hardly go outdoors. Not to mention other disadvantages she is facing such as the lack of healthcare and social security benefits, and exclusion from government employment support.

The situation of migrants and those displaced is even more grave, especially when they are neither recognised nor taken care of by the authorities. The images that we see – of men, women, the elderly and children being rescued from capsized boats – threaten to shake the very foundations of our humanity. 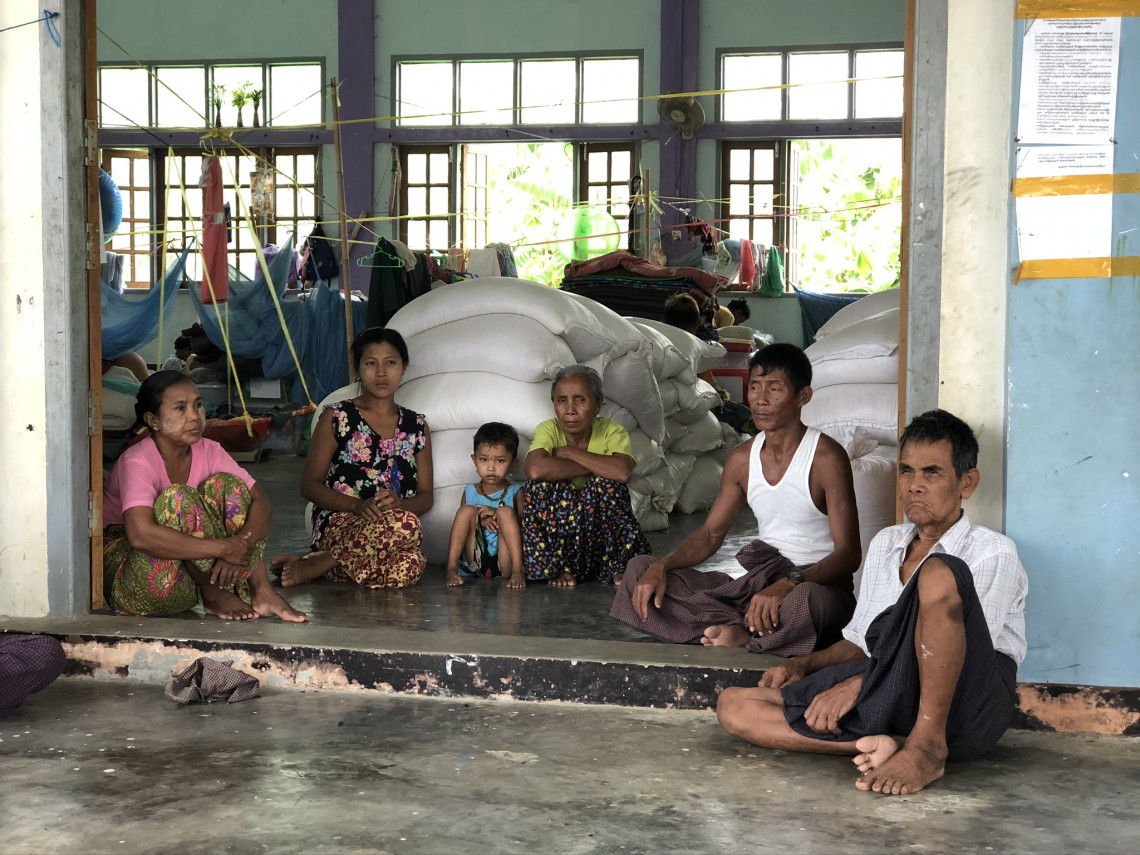 Thousands of people are on the move in search of security and a better life. Migrants, including refugees, make up a large part of the population in several countries in the Asia-Pacific, which hosts some of the world's largest migration corridors. According to the International Organization for Migration (IOM), 82.5 million or 32% of the world's international migrants live in the Asia-Pacific. They play a crucial role in these economies and are equally critical for their families' survival back home.

However, migrants also face a range of vulnerabilities, such as being disconnected from their usual support networks, being unable to contact their families back home, immense language barriers and, possibly, not getting access to essential services due to their irregular status. They may be hindered from accessing education and/or health-care facilities, or they might refrain from accessing these for fear of being reported and deported.

We are in a situation where none of us is safe unless we all are safe. It is then critical that all members of the society, irrespective of their legal status, are included in the response mechanisms drawn to effectively address this crisis. This inclusionary approach means delivering life-saving health information in a language understood by migrants, ensuring their access to testing and treatment facilities as well as other special measures in place to prevent the spread of the virus. This is particularly important because the areas inhabited by migrants are often overcrowded and have compromised sanitary conditions.

Avenues for asylum seekers to access international protection should be maintained. As the principle of non-refoulement protects non-derogable human rights, denial of access to territory without safeguards cannot be justified on the grounds of any health risk. This includes movements by sea, and, inter alia, pushbacks and refoulement. In the same spirit, forced returns – and those that are not of a strictly voluntary nature – to countries with a weak health system, should be suspended with a view to preventing the spread of COVID-19.

In this respect, the International Committee of the Red Cross (ICRC) has developed a comprehensive set of guidelines and recommendations on the protection of migrants during COVID-19 pandemic for national and regional authorities.

Another particularly vulnerable group constitutes detainees and people deprived of their liberty as they can suffer further from the consequences of the pandemic in terms of access to healthcare and losing contact with their families. In this respect, specific protocols have been shared and implemented in prisons, penitentiaries and detention places in coordination with detaining authorities of several countries in the Asia-Pacific.

Drawing on our operational presence in the Asia-Pacific and along migration routes, the ICRC together with our Red Cross and Red Crescent Movement partners are actively engaged in the humanitarian response to COVID-19 in the region. This includes providing medical and forensic assistance, supporting detaining authorities, building shelters for hosting migrants and scaling up the water supply and hygiene measures in hospitals and detention facilities.

In parallel, the ICRC together with the International Federation of the Red Cross and Red Crescent Societies (IFRC) had made joint coordination with the ASEAN Secretariat to share the overall Red Cross/Red Crescent Movement's responses to COVID-19 in the region and to seek possible areas of cooperation with ASEAN. Similarly, discussions are taking place with ASEAN to supplement its ongoing pandemic response in the health sector.

COVID-19 does not discriminate on basis of race, social or economic status or geographical boundaries. Though some long-term humanitarian impacts of the pandemic are already visible, it is impossible to predict how severe these will turn out to be. Eight months into the crisis, we already see huge pressure on the hard-won development gains.

Like other regions, the countries in the Asia-Pacific are grappling with some hard choices between carefully reopening the economies and addressing the public health concerns. Humanitarian organisations like the ICRC are also facing difficulties. Restrictions on access, supply chain disruptions and closed borders are hindering our work.

ICRC's top priority is to continue protecting and assisting people affected by armed conflict and violence. We are focusing on our areas of expertise such as support to health and penitentiary systems. This global crisis requires a global response and solidarity across borders.

To minimise the mid- and long-term impact of COVID-19 that is no longer only a public health issue, a well-coordinated, well-resourced and inclusionary response mechanism involving national and international actors is required.

We are calling on states, public and private organisations, humanitarians in the Asia-Pacific and across the world to stand together. Because none of us is safe until all of us are safe!

This article first appeared in the September 2020 issue of ASEANFocus, a publication of the ASEAN Studies Centre at ISEAS-Yusof Ishak Institute, Singapore 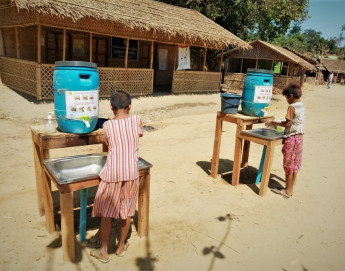 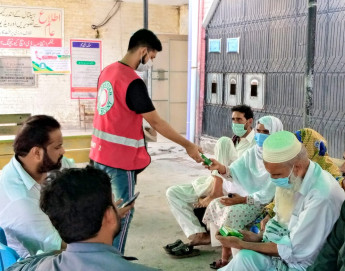