South Sudan: ICRC facilitates the release of 23 persons including 11 children 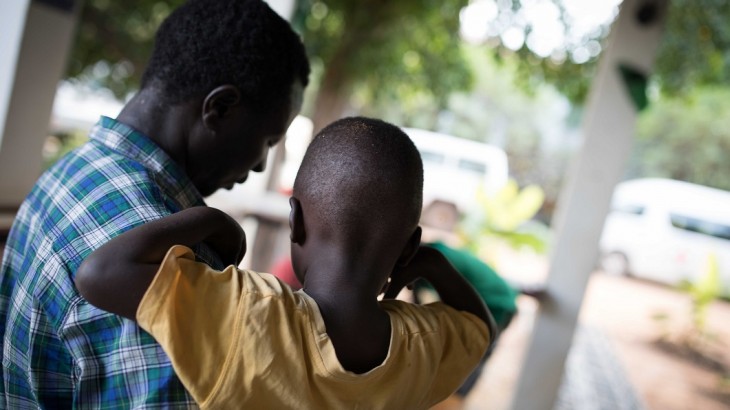 This is the fourth time the ICRC facilitates a release of persons held in captivity since the signing of the peace agreement in September 2018.

Juba (ICRC) – The International Committee of the Red Cross (ICRC) has facilitated the release and transport to Juba of 23 persons – including 11 children – previously held in Central Equatoria, in relation to the conflict in South Sudan.

On 29 December 2019, the ICRC received a request from the National Salvation Front (NAS) – an armed group active in the Equatorias – to facilitate the release of 23 persons. "The operation took place on 31 December 2019 in coordination with all relevant authorities, allowing families to be reunited with their loved ones at a time of celebration. Before bringing them to Juba, the ICRC – acting as neutral intermediary - ensured that the released persons were handed over voluntarily and that their health condition allowed them to travel safely," said James Reynolds, the ICRC head of delegation in South Sudan.

The ICRC facilitated medical attention as well as accommodation upon arrival in Juba. The organization also offered transport arrangements by land and air for the released persons.

Among the persons handed over to the ICRC figures the four-year-old child of a late IOM-volunteer who died during fighting end of October. The child will be reunited with his father.

This is the fourth time the ICRC facilitates a release of persons held in captivity since the signing of the peace agreement in September 2018.