Syria: Life-saving humanitarian work must be facilitated in north-east 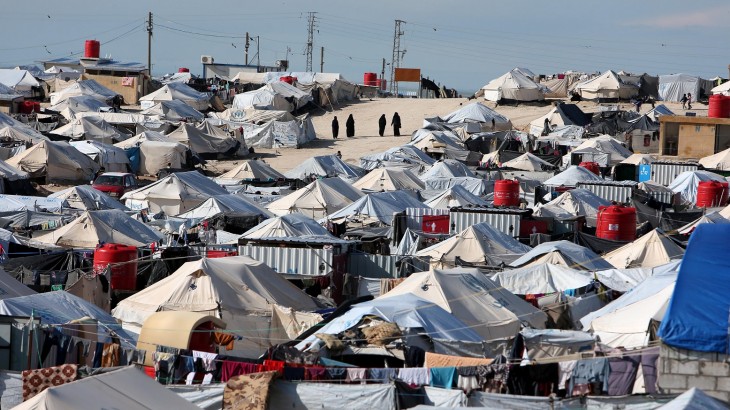 Geneva (ICRC) – After eight years of conflict, 11.7 million people across Syria require humanitarian aid. In the face of such need, the International Committee of the Red Cross is deeply concerned that any escalation in the country's north-east could harm an already struggling population.

"Today, hundreds of thousands of people in the area – whether in camps, detention or their own villages and towns – are again facing the prospect of more conflict," said Fabrizio Carboni, the ICRC's Geneva-based director for the Near and Middle East. "The humanitarian needs across Syria are immense, and the ICRC is trying to meet them in what is already an incredibly complex environment. The humanitarian space needs to be preserved."

In the north-east of Syria (Hassakeh, Raqqa and Deir Ezzor governorates), more than 100,000 people are currently being hosted in camps, the vast majority of them Syrians and Iraqis. There are over 68,000 people living in Al Hol camp alone – two thirds of them children – where the ICRC jointly runs a field hospital with the Syrian Arab Red Crescent and the Norwegian Red Cross.

Years of fierce fighting have left most of Syria's vital services extremely fragile. Half of Syria's health facilities are not functioning or are only partially functioning. Two million children cannot go to school, casting a further shadow on the country's future. One in two Syrians have been displaced by the conflict, either abroad or within the country.