Africa: 44,000 people registered as missing on the continent, nearly half of them children 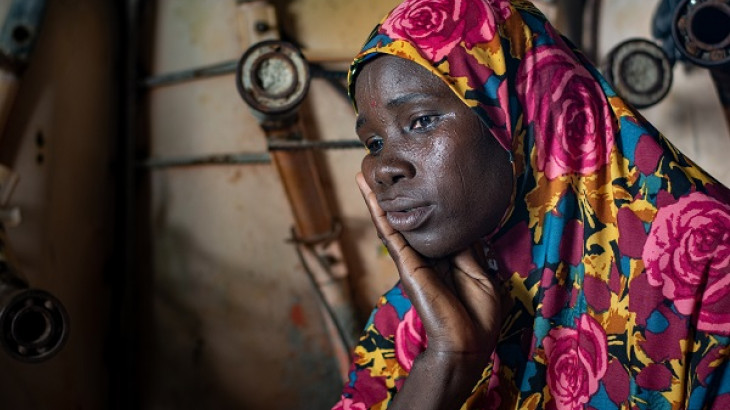 Kaltum’s daughter went missing in Nigeria nine years ago. She still has hope that she is alive and will one day see her again. More than half of the 44,000 cases of missing people registered with the ICRC in Africa are children. ICRC

Nairobi (ICRC)—As 30 August marks International Day of the Disappeared, nearly 44,000 people across Africa are registered as missing with the International Committee of the Red Cross (ICRC) at a time when restrictions put in place to curb COVID-19 create new challenges in searching for missing people. Forty-five percent of the cases were children at the time they went missing.

"This caseload is a drop in the ocean to the true scale of people whose family members are searching for them," said Sophie Marsac, the regional advisor for the missing and their families in Africa for the ICRC. "Conflict, violence, migration and climate shocks have not stopped separating families in the pandemic, but our work to find missing people has become even harder."

Nigeria, Ethiopia, South Sudan, Somalia, Libya, the Democratic Republic of Congo, and Cameroon make up 82 per cent of the ICRC's missing caseload in Africa. The highest among them is Nigeria, which at nearly 23,000 people, is the ICRC's largest caseload of missing people in the continent, driven almost entirely by the conflict in the north east of the country. All seven countries have seen a rise in the number of people registered with the ICRC as missing in the first half of 2020.

"My son's disappearance has left me in desperation, feeling that he is coming back. In the first two months, I locked myself in the house, emotionally depressed," said Juma Kedai Korok, 52, whose 31-year-old son was abducted four years ago by an armed group in South Sudan. He has had no word since. "Dear son Konyi, if you are still alive and listening to me, your sisters, brothers, aunties, and the whole family are waiting for you. We just want to hear your voice and see you."

Despite the increase in new cases, COVID-19 has created new challenges in searching for missing people. It is no longer possible to gather people in large groups to listen for names or look through photos. Many countries suspended domestic travel between states or provinces, making it more difficult for searches to be done over wider geographic areas. Access to places of detention, where the ICRC would look for cases, is suspended in some places to limit the risk of COVID-19 exposure.

Digital tools, such as our online family links tracing websites for missing migrants Trace the Face Southern Africa and Trace the Face Europe, have proven to be effective amidst the limitations that COVID-19 brings.

"International Day of the Disappeared should remind us that an untold number of families in Africa are searching for a loved one, many of them parents looking for a child," said Marsac. "Families of the missing often suffer psychologically and face economic and legal challenges. The tragedy of missing people is a humanitarian crisis and one that cannot be forgotten as the world focuses on fighting the COVID-19 pandemic. On this day, the ICRC wishes to express its solidarity with families and commemorate those who are missing."

The ICRC calls on authorities to acknowledge the tragedy of missing people and the impact that it has on families and to do everything in their power to prevent people from going missing, take measures to search for those who are missing, and to provide information to families on the fate and whereabouts of their loved ones.

"I hardly sleep," said Kaltum, whose daughter went missing in Nigeria nine years ago. "I feel it in my heart that my daughter is alive. I still have hope."

Note to editors: These figures represent only those cases documented by the ICRC and national Red Cross and Red Crescent societies as missing as of the end of June 2020. They do not represent the total number of people missing in Africa. The ICRC considers someone as missing from the date that a family member registers him or her as missing until the case is closed by either the ICRC and Red Cross or Red Crescent teams or families report to our teams that they found their missing relative.